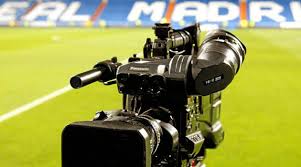 June 27 – TV revenues have revolutionised club football finances in Europe. But it is how those revenues are distributed that is crucial to the competitive integrity of leagues, the sustainability of clubs and the competitive balance between the rich and poor.

The authors point to a move towards collective bargaining of broadcast rights by leagues, away from the individual club sales model, as being positive for clubs generally – Italy’s Serie A switched to league sales in 2010 and Spain’s LaLiga in 2015.

This has led to increased revenues and a generally a trend to a more equitable system but the authors say the “revenue distribution methods are often the result of negotiations involving a broad range of stakeholders with different bargaining positions and interests.” The implication is that the systems are not as ‘fair’ as they could be. 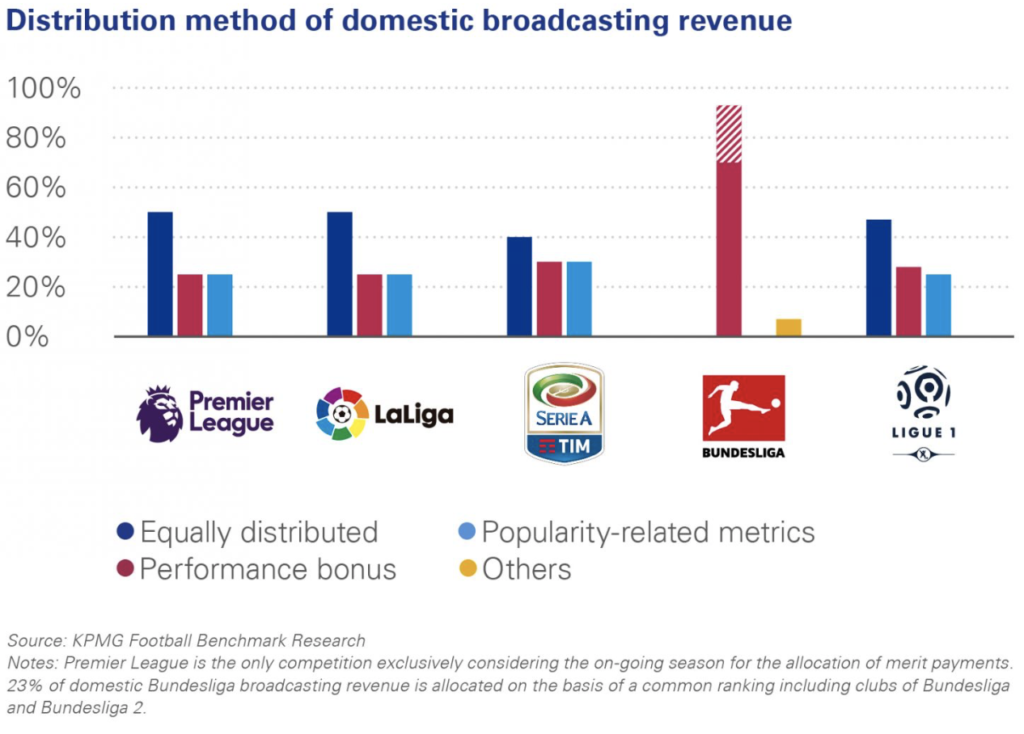 The report highlights the English Premier League’s first-to-last revenue distribution ratio at slightly above 1.6:1 (2016/17) as being an example of equitable distribution. “Interestingly, even though the leagues use criteria similar to their peers – equal distribution (50%), merit payment (25%), standing of the club (25%) – the outcomes vary significantly,” says the report.

“Unlike its counterparts, the Premier League’s merit payments only consider the on-going season, i.e. no past results, and the standing of a club is just defined by the number of times they are broadcast, rather than by metrics such as viewership figures or catchment area. In addition to this unique practice, which helps promote greater equality, it is important to highlight that the English competition also distributes international broadcast revenue equally among its member clubs. Indeed, if international revenues are taken out of the equation, the first-to-last ratio would be 2.1:1.”

In contrast the Bundesliga is changing the way its central revenues are distributed with a new system that will benefit clubs that have consistently played in the league for the last two decades as well as those promoting young domestic talent and, acting as an alternative to other leagues’ parachute payments, second division clubs that have recently played in the top-tier.

LaLiga is the league where the wealth gap has closed the most. The 2016/17 season had an estimated revenue distribution ratio of 3.7:1, a significant improvement when compared to the last season before the move towards collective bargaining of media rights (2014/15). What has also grown is the value of LaLiga’s media rights “allowing to improve all clubs’ position in this regard while, at the very least, maintaining Real Madrid and FC Barcelona broadcast revenues to the level established when rights were sold on an individual basis.”

The league with the biggest disparity in their first-to-last ration is Serie with a ratio of 4.7:1. “The league’s equal distribution of no more than 40% of available funds and assignment of as much as 30% according to popularity-related metrics have both been pivotal in shaping Serie A’s current system. However, various key stakeholders have shown willingness to evaluate modifications to the system for the next media cycle (2018-2021),” says the report.

The report concludes: “The gradual adoption of collective equitable distribution among the top five leagues is perceived as a sign of cooperation among league members as some clubs put aside short-term interests for the benefit of the league as a product, thus creating an eco-system that allows their competitors to grow at a similar pace.”