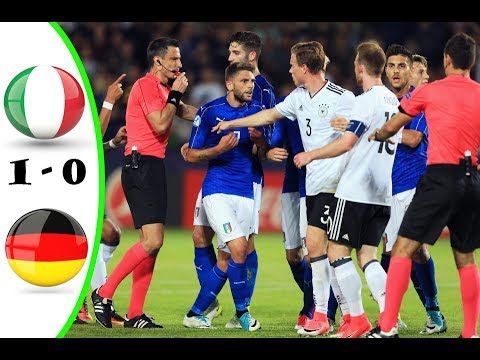 June 28 – The outspoken Slovak Prime Minister Robert Fico has written to UEFA requesting an investigation into the circumstances around his country’s exit from the under-21 European Championship.

Slovakia were eliminated from the competition after Italy beat Germany 1-0 on Saturday – the only score line which (given scores elsewhere) would allow both teams to go through.

Fico, whose childhood ambition was to be a sports reporter, called the match a ‘farce’ and, in an open letter to UEFA President Aleksander Ceferin, compared it to the infamous 1982 World Cup game between West Germany and Austria.

According to Fico,”Slovak football talents did everything with regard to sporting performance to win advancement to the next phase of the tournament.”

“What they were not prepared for, though, was the farce performed by players from countries advanced in football – Italy and Germany.

“The resulting situation reminded me of ancient football history, when at the 1982 World Cup Germany and Austria played out a similarly unworthy spectacle in front of the fans of this beautiful game at the expense of humble Algeria.”

Also furious was Carlo Tavecchio, head of the Italian football federation who rejected the allegations “with indignation.”

UEFA have failed to comment, but the match commentary on the UEFA site tells its own story. With 10 minutes to go, the commentator said: “At 1-0 both sides were set to progress and that seemed to have an effect of the game as the two teams settled for what they had.” With the match entering its final stages we read: “As we move into added time no-one seems prepared to take a risk now with both teams heading through as things stand.”

On the other hand, with 10 minutes to go Philip Röber, UEFA’s Germany team reporter wrote: “It’s a cracking game. A thrilling ten minutes ahead, both teams not holding back.” Whether that was written in jest is not clear.

In any case, Horst Hrubesch, the German football federation’s sporting director, (who ironically played in the infamous 1982 match), probably did little to put the Slovak Prime Minister’s mind at rest with his comment that: “I think it’s perfectly normal to play cautiously in the last few minutes.”