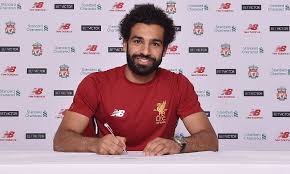 July 4 – The Court of Arbitration of Sport (CAS) has ruled against Italian club Fiorentina,in their €32 million claim against Chelsea over the loan transfer of  Egyptian winger Mohamed Salah.

Salah, who has just been transferred to Liverpool from Roma for €39 million, spent the second half of the 2014/15 season on loan at Fiorentina from Chelsea.

Fiorentina believed that they had an agreement to extend the loan for another year subject to certain conditions.

One of those conditions was for the player to agree to stay. However, Salah chose to return to Chelsea in July 2015 before then joining Fiorentina’s Serie A rivals Roma for the start of the 2015/16 season.

Fiorentina lodged a complaint at FIFA against Salah and Chelsea “for breach of contract without just cause and inducement to the breach”. FIFA rejected the claim and it went before CAS in October 2016 with a hearing eventually being held in April 2017.