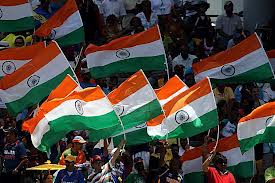 July 5 – The All India Football Federation, the AIFF, has expressed its interest in hosting the FIFA Under 20 World Cup in 2019. India is preparing to stage the U17 World Cup later this year in October.

That tournament has garnered a lot of interest from the six host cities, including Mumbai, Kolkata and New Delhi. The Indian capital will stage the host’s matches after those games were moved away from Mumbai to cater for the VIPs in the capital. Kolkata is set to stage the final.

“With India hosting the FIFA U-17 World Cup India 2017 this year in October, we feel hosting the U-20 World Cup would be the best way to sustain the footballing momentum in India,” said AIFF president Praful Patel. “Even though the event was held earlier this year in Asia in Korea Republic, we would be happy to discuss with FIFA about the possibility of hosting the event in India in 2019.”

It’s unlikely FIFA will allow Asia to stage two U20 World Cups consecutively, but the AIFF is confident that they can make a sound case. “Though the last U20 World Cup was held in Asia, we will try to convince FIFA that India be treated as a special case,” said Patel.

India’s governing body considers hosting the U20 World Cup as a next step in the countries football development.

The format of the U-20 World Cup is the same as the FIFA U-17 World Cup with 24 teams playing out of six venues.