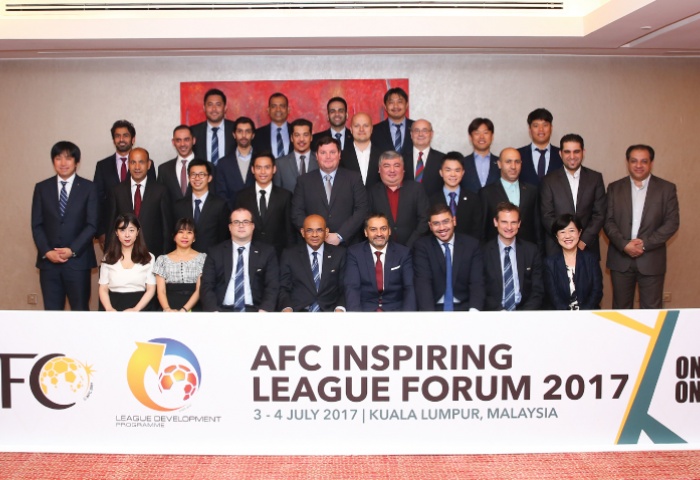 July 6 – The Asian Football Confederation (AFC) brought its top leagues together earlier this week for a forum that put financial stability at the top of the agenda. The meeting was organised as part of the AFC League Development Programme.

“To deliver the best development plans, the best players and top coaches, the financial future of our leagues and clubs must be secure,” said AFC General Secretary Dato’ Windsor John at the opening.

“Ultimately, the primary aim of this forum and the club licensing system is to maintain the financial security of Asian football clubs, which will have a direct impact on the professionalism and quality of club management and administration.”

Leagues present were given an overview of the current financial pattern of team competing in the AFC Champions League that shows a pattern of expenditure rising faster than revenue increases – a cycle the AFC is keen to break.

Participants were given insight into the cost control measures in place in Europe by UEFA’s Head of Asia-Europe Affairs, Alex Phillips. Leagues and federations also shared overviews of their own financial models.

Yumiko Kinoshita, Director of the Japan Professional Football League, said: “Financial stability and income generation are areas that the J.League takes very seriously. We believe that all clubs in the league should practise financial prudence and not just those taking part in AFC club competitions.”

It was a sentiment agreed across the board with the AFC leading an in-depth discussion on the need to implement more unified cost control mechanisms and frameworks across the confederation.

One of the key challenges in Asia is the difference in commercial development between leagues and nations, and hence the need to regulate according to their needs.

“It was a very useful workshop especially for us in Iraq who are hoping to improve our league and clubs with the support of the AFC. We have learnt about the various challenges faced by different MAs and this gives us a better understanding on how we can develop our own regulations to help stabilise our financial situation,” said Dr Nezar Ahmed, Club Licensing Committee Member from the Iraqi Football Association