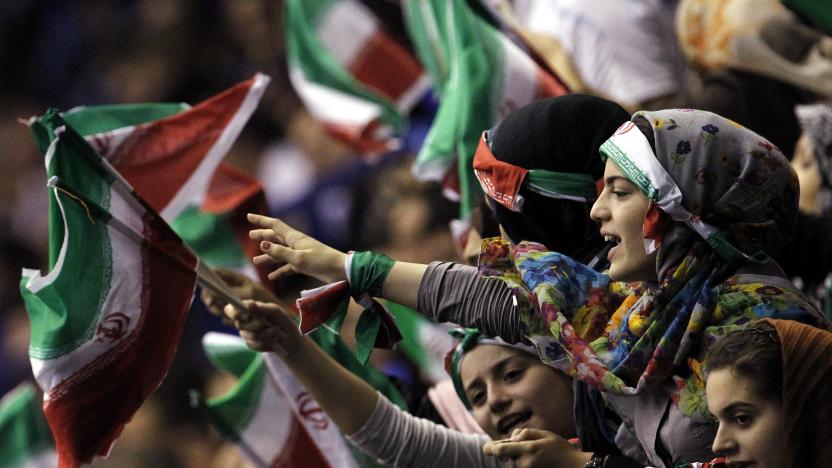 Ali Karimi, widely regarded as one of the best Iranian players of all time, wants Iranian President Hassan Rohani and the Iranian Football Federation (FFIRI) to work together “for women to enter stadiums” as spectators.

“This is the demand of millions upon millions of female fans who’d like to watch football matches and other events up close,”  Karimi, who now coaches Naft Tehran, was quoted as saying by the ISNA news agency.

“This important issue is not impossible, this dream of female sports fans can be achieved through correct planning.”

Since the Islamic Revolution some 38 years ago women have been banned from attending men’s football games in Iran which human rights activists claim is a blatant example of gender discrimination in Iranian society.

Karimi’s request follows that of Iranian international midfielder Masud Shojaei who is currently on the books of Panionios in Greece.

“I think it is the dream of many Iranian women who are football fans,” Shojaei, who has represented Iran at two World Cups, said on social media. “I think if [the ban is lifted] we would have to build a stadium that could hold 200,000 spectators, because we see the flood of passion from our ladies. I hope it happens very, very soon,” he added.