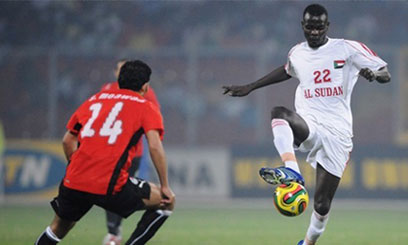 July 12 – A roadmap was agreed on Sunday between the Sudanese Minister of Youth and Sports, the Sudan Football Federation, and the so-called ’30 April Group’ to try and restore the country to FIFA after last week’s suspension.

However, any hopes Sudanese authorities would take a back seat in sports affairs were dashed as security forces raided leading sports newspapers on Monday morning.

The agreement aimed at meeting FIFA’s requirement that the Sudanese authorities step back from interference in football affairs, “unfortunately came too late” according to Sports Minister Abdelkarim Mousa who also apologised to all involved for the situation which has seen Sudanese clubs El Hilal and El Merrikh excluded from the African Champions League and Hilal El Obeid from the Africa Confederation Cup.

SFA President Mutasim Gaafar, who has resumed his position and duties, said FIFA would be apprised of the agreement and the agreement was also welcomed by the man who had attempted to depose him, Abdelgader Hamad who said he agreed to it “for the sake of Sudanese football.”

However, football has itself become a political football in Sudan, with opposition parties slamming the government for interfering in sports.

The response of the Sudanese security services to the affair was to launch raids on Monday morning on two sports newspapers – of El Zaeem and El Zawiya – and to seize their entire print runs before they could be distributed.

Its seems the newspapers were suspected of planning to disobey a security service diktat ordering them not to report on the whole affair except in strict accordance with government directives and not to criticise in anyway those responsible for bringing about FIFA’s suspension of Sudan from international football.