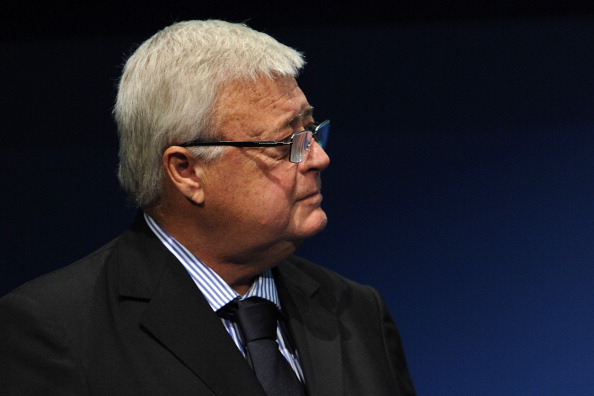 July 19 – Is the net starting to close in on former FIFA and Brazilian powerbroker Ricardo Teixeira? Brazilian and Spanish federal prosecutors have reportedly begun exchanging information about suspected corruption by Teixeira, for whom an international arrest warrant is apparently on the verge of being issued by Spanish authorities.

Once the warrant is officially communicated to Brazil, Spanish reports say, prosecutors will request bank statements, telephone tapes and other documents to prosecute Teixeira, described in his homeland as the man of a thousand contacts.

The former CBF and FIFA strongman, one of those indicted in the US as part of football’s global corruption probe, rarely appears in public these days and stays in Brazil for fear of being arrested. But he has been closely linked with former Barcelona boss Sandro Rosell who was arrested in May as part of a money-laundering investigation.

Whilst he is unlikely to be extradited, Brazilian authorities are apparently keen to discover whether Spanish evidence against Teixeira could lead to him being prosecuted in his own country. He and Rosell were close associates when the latter worked as a senior executive for Nike in Brazil. Spanish authorities allege the pair profited from millions of Euros in TV rights money from Brazil’s friendly matches.

Teixeira recently broke his silence after the publication of the Garcia report which questioned his conduct while a member of FIFA’s Executive Committee for 18 years. He denied any wrongdoing and rubbished suggestions of taking a plea bargain and cooperating with US authorities, as some other former FIFA bigwigs have done.

“Is there anywhere safer than Brazil?” Teixeira asked. “What am I running from if I am not accused of anything?”

Once one of the most powerful individuals in world football who was head of the Brazil 2014 World Cup organising committee, Teixeira famously resigned from all his footballing roles in March 2012, citing ill-health. But long before that he was being investigated for various alleged crimes, including tax evasion and money laundering.

He was also heavily implicated in the infamous ISL scandal with the Swiss prosecutor’s report revealing that, during his tenure on FIFA’s exco, he and his one-time father-in-law, ex-FIFA President Joao Havelange, took more than $41 million in bribes in connection with the award of World Cup marketing rights.