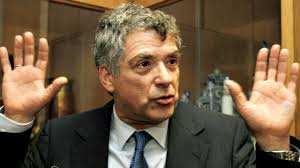 July 19 – The dramatic arrest of Spanish football chief and FIFA powerbroker Angel Maria Villar has had an immediate knock-on effect on the operations of Spanish football, with the announcement of next season’s domestic fixtures thrown into confusion.

The schedule for the 2017-18 La Liga season had been scheduled for Thursday at the Spanish federation’s (RFEF) headquarters but was postponed after the detention of Villar, his son Gorka and a raft of other officials as part of an anti-corruption raid by Spanish authorities.

An emergency meeting of the RFEF board led to the scheduled full Assembly meeting being delayed by a week but this led to open conflict with Spanish league chief Javier Tebas who has demanded the draw for the fixtures go ahead.

The timing has been complicated by the fact that Spain’s Supercup is due to be played on August 13 and 16.

Meanwhile it has emerged that the investigation into Villar began in early 2016 following a complaint lodged by the Higher Sports Council.

The probe is believed to focus in part on Villar’s role in how funds were handled from two of Spain’s Euro 2016 warmup games – against Bosnia on May 29 that year in St. Gallen, Switzerland, and against South Korea three days later in Salzburg.  Investigators apparently allege that Villar’s son benefited from commercial deals linked to the games.

For its part, FIFA, at pains to avoid another scandal, avoided commenting on the alleged serious misconduct of its second most senior official after Gianni Infantino, saying the case was merely an “internal matter” but Villar’s arrest is bound to renew scrutiny of world football’s governing body.

Logic suggests that Villar, who has run Spanish football for the best part of three decades and somehow managed for years to go about his business and shrug off persistent suspicion about his conduct, must now resign his various posts (he is also a UEFA vice-president) unless he is suddenly released and the case dropped, which would force fresh Spanish elections.  His eighth term in charge only began in May and he was supposed to have led this week’s afore-mentioned Assembly meeting.

The probe comes at an awkward time for Spanish football which has been rocked by the tax avoidance debacle surrounding Lionel Messi linked to image rights as well as several other tax cases involving prominent Spanish-based players.