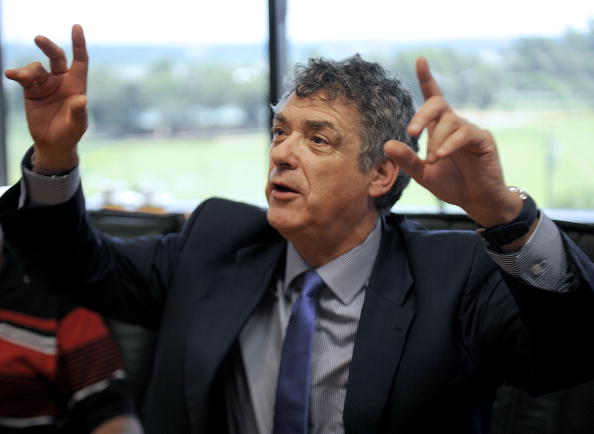 The man who was arrested by the anti-corruption unit of the Guardia Civil in Madrid the other day, former FIFA and UEFA Grande Angel Maria Villar-Llona (alongside his son Gorka who ran CONMEBOL, leaving behind a major shambles) should not have been arrested at all.

He should be held in high regard. Indeed, he should receive an Order of FIFA Distinction (not sure what good that would do these days).

Villar should be praised as a fine Member of the FIFA Council and UEFA’s ExCo. He should remain one of football’s untouchables.

Before any reader thinks that I have lost the plot, let me share my logic with you first.

Almost exactly two years ago, on June 29, 2015, Villar-Llona was elected to become First Vice President of UEFA under Michel Platini’s reign. In March of the same year, he was re-elected to UEFA’s Executive Committee and consequently to FIFA’s Council as a Vice President.

Before that, the good man passed a FIFA Ethics probe to establish whether he was fit for office. After the new UEFA president, Aleksander Ceferin, was elected in September of 2016, Villar continued his reign in both bodies. After all, he was duly elected, wasn’t he?

And all of the above as if nothing happened.

Eventually, he graciously bowed out of the UEFA presidential contest “to focus on his re-election as Spanish FA president”. There, he did such a good job at being re-elected, that the courts are now dealing with his Spanish campaign and claim that he distributed bungs for votes.

On October 22, 2016, The investigatory chamber of FIFA’s Ethics Committee confirmed that investigatory proceedings had been passed against FIFA Vice-President Ángel María Villar Llona. Already on November 13 of the same year, 2016, a statement from the adjudicatory chamber of FIFA’s ethics committee said this: “Mr Villar Llona failed to behave in accordance with the general rules of conduct applicable to football officials in the context of the investigations conducted by the then chairman of the investigatory chamber of the FIFA ethics committee regarding the 2018/2022 FIFA World Cup bids. As he subsequently expressed his commitment to collaborate and demonstrated a willingness to cooperate, he has been sanctioned with a warning and a fine of CHF 25,000.”

But Villar-Llona merrily continued as a FIFA Council Member and FIFA Vice President, and UEFA ExCo Member. That is, until yesterday when he was arrested – although neither FIFA nor UEFA have taken any action against him as yet. I guess they are both waiting for a Spanish Miracle. But what did FIFA say? “It’s a Spanish matter”. Frankly, they lost the plot up on Dolder mountain, I fear.

At the same time, small fry Gordon Derrick, the Caribbean Football Union President who had received a CHF 350 slap on the wrist (unappealable because the sum was too small) in 2011 (three hundred fifty Francs! Not CHF twenty-five thousand, and not for awful conduct, and not for corruption and not because he was a real bad boy) was banned from running for CONCACAF’s presidency. Not by CONCACAF. No. By the same FIFA who still finds nothing wrong with Villar-Llona’s behavior.

And CAS being what they are (what are the really? Pawns of FIFA and other sports bodies?), didn’t give lowly Derrick a reprieve in his quest for rehabilitation: FIFA is clearly more important than a shady ruling of its ethics geniuses (in this case it was grand old Domenico Scala who later quit himself … well, over ethics issues, wasn’t it?)

The entire FIFA ethics shambles starts openly turning into what it really is at present: a hypocritical whitewash controlled by the FIFA Supremo (funny enough, folders with investigation materials against FIFA president Gianni Infantino were “not handed over to the new chief investigator” whose command of the English language – an official FIFA language – is such that she doesn’t understand a thing during hearings… bodes well for persons before her who are trying to make their case in English, doesn’t it? Besides that, former chief investigator Cornel Borbely claims that all pending matters were handed over. Go figure.)

All this reminds me of the hypocrisy in an another sports related event: In 1980 the USA boycotted the Olympic Games in Moscow in protest at the Soviet Union invasion of Afghanistan. Interestingly enough the US invaded Afghanistan two decades later themselves…go figure, George W and cohorts. Nothing is what it seems to be. Not in Afghanistan and certainly not at CAS, FIFA Ethics and FIFA as a whole.

So, based on all of the above and FIFA’s ethics criteria this man should clearly be left alone.