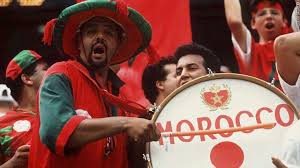 July 27 – Morocco have decided to gamble once again and take on the joint might of north America and Mexico in a bid to host the 2026 World Cup, according to leading Confederation of African Football (CAF) official Amaju Pinnick.

Potential hosts have until August 11 to submit their interest, with the USA, Canada and Mexico bid already formally announced and widely considered a shoo-in.

Despite persistent rumours over the last few months, Morocco has still not officially made its move. But that will change in the next few weeks according to Pinnick,  president of the Nigeria Football Federation (NFF) and a member of the CAF executive committee.

Pinnick, who is close to new CAF president, Ahmad Ahmad,  told the BBC that he’s been told “Morocco wants to put in its bid and CAF will support them 100%.”

“I’d be surprised (if Morocco does), but I think they will. It’s a country that can host the world. They are very hospitable people, there is a good network of roads and have practically everything.”

Initially there was some speculation that Morocco, which has failed four times to try and host the tournament, could launch a challenge to CONCACAF in partnership with Iberian neighbours Spain and Portugal who themselves failed to land 2018.

But under FIFA rules, the two previous host confederations – in this case Europe in 2018 and Asia in 2022 – are barred from bidding for 2026. That means Morocco will have to go it alone or share with another African country.

Morocco’s hopes were given a timely boost by FIFA’s recent decision to turn down a proposal that would have handed the US-led bid exclusivity. That opened up the possibility of a challenge to the United States, Canada and Mexico coalition that is pushing ahead with a three-nation bid.

But with the World Cup being expanded in 2026, to stand even a remote chance Morocco would almost certainly have to co-host – Ivory Coast has been mooted –  in order to accommodate 48 finalists.