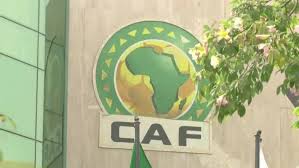 July 31 – One week after the overhaul of the African Cup of Nations, debate continues to rage over the wisdom, or otherwise, in expanding the competition to 24 teams and moving it to June.

Critics of the decision by the Confederation of African Football (CAF) to beef up the finals in 2019 claim it was made in part an attempt to destabilise preparations by hosts Cameroon by those opposed to Cameroon’s former African football chief Issa Hayatou.

Joseph-Antoine Bell, former goalkeeper of the Indomitable Lions, is the latest to speak out, telling Jeune Afrique that hardly any countries will be able to stage a tournament with 24 finalists. And even those who can will have a problem sustaining such infrastructure afterwards, he says.

“I think Cameroon will manage it but we must address several problems. First of all, how many countries in Africa can say that they have six cities that could have stadiums, some of them with 50,000 or 60,000 seats, to accommodate 24 teams?” asked Bell. “And once these infrastructures are built and used for the competition, what happens afterwards?

“I went to Gabon for the last finals. I was surprised to see certain stadiums in certain places. Okay, these stages were beautiful, but after? Let us remember South Africa. It organised the World Cup in 2010 but in 2013, when it took over from Libya to stage AFCON, some South African cities did not want to host matches.”

“I have a feeling that CAF has forced things a little bit. Cameroon’s preparations were based on the specifications established for 16 teams.”

Bell doesn’t buy the argument that increasing the number of finalists will boost the chances of Africa’s smaller nations.

“This change of format will not prevent the big countries from winning, whether it is 16, 24 or 40 teams. By qualifying eight more teams, some federations are pleased …but it will not improve the level of competition.”