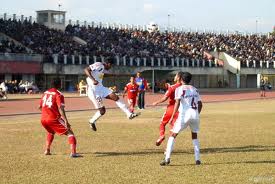 August 2 – New rules have been passed to allow Indian I-League clubs as many as six overseas players for the upcoming season. The aim is to raise the profile and the attractiveness of the struggling league.

Previously, a club was not permitted to have more than four foreign players in its squad with one player hailing from an affiliated country of the Asian Football Confederation (AFC), but that rule has been tweaked.

Several I-league clubs had been pushing for an increase to the foreign quota. They argued that the new quota would make the I-league more compelling and competitive. What remains to be seen is if I-league clubs have the sufficient financial resources to attract good foreign players.

In the rival Indian Super League (ISL) franchises can secure the services of up to eight foreign players. Both leagues limit the number of foreign players who can start a match to five.

The new rule is part of sweeping changes in Indian football, with the expansion of the ISL, which has also been given recognition by the AFC. The winner of the ISL will play in the AFC Cup qualifiers.

In October India is set to host the U17 World Cup.