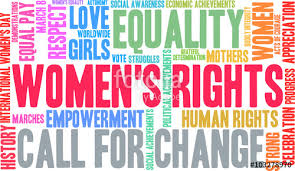 August 2 – With the women’s European Championship reaching its climax, the international players union FIFPro has issued a sobering reminder of how hard it is for female footballers to make a living compared with some of their highly-paid male counterparts.

According to a FIFPro survey of nearly 3,300 elite players from 33 countries, timed deliberately to co-incide with the tournament in the Netherlands, “hundreds of top female players are leaving football in their early 20s to pursue  a more sustainable career or start a family.”

No-one can deny that the women’s game has increased in popularity in recent years but that is not necessarily reflected by their pay packets which continue to lag behind the men – even in the strongest countries for women’s football.

The survey lays bare the inequality in prize money between male and female players. Some 87% of those surveyed, more than 500 of whom were from England, France, Germany, Sweden and the USA, said they may end up having to cut short their careers.

The full report is due to be released later this year in conjunction with the University of Manchester, England. Some of the other key findings include:

“Our research shows how hard it is for even national-team players to make a career in football,” FIFPro General Secretary Theo van Seggelen said.  “Players who devote years of their lives to get to the top of the game are surely entitled to a fairer slice of football’s revenue.”

Next week FIFPro is organising a high-profile Women’s Football Conference to address the issue of working conditions for female players.

“The results of the survey are a powerful message about the difficulties female players are experiencing today,” said Caroline Jonsson, head of FIFPro’s women’s committee.

“FIFPro is committed to working with clubs and federations to develop women’s football and give more players the chance to follow their passion for the game.”