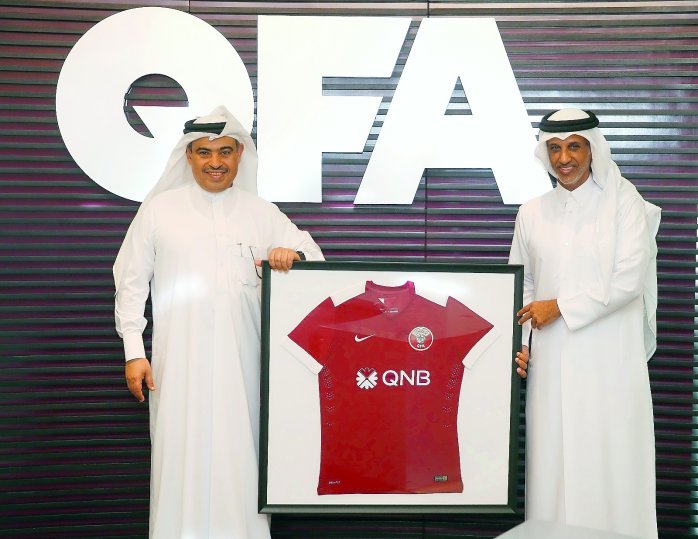 August 23 – The Qatar National Bank (QNB) has renewed its partnership with the Qatar Football Association (QFA) and the Qatar Stars League Management (QSLM) until the end of the 2022/23 season.

The six season deal for the QNB Group, the largest financial institution in the Middle East and Africa, includes sponsorship of the Qatari national teams across all age groups. The domestic league will be rebranded the ‘QNB Stars League’ for the duration of the agreement. The league was formed in 1963 and Lekhwiya SC from the capital Doha are the defending champions.

QNB will also sponsor the Qatar Cup, the Under-23 Championship, the Sheikh Jassim Cup and the Second Division, as well as amateur and university competitions. The company will also benefit from an increased brand presence across all competition venues.

“We believe that QNB Group is aware of its national duty towards society, and there is no doubt that this continued support is the result of our understanding of this role, which is part of our commitment to achieve Qatar National Vision 2030,” commented chief executive of QNB Ali Ahmed Al Kuwari.

He also hailed this sponsorship agreement, saying it will have a positive impact on clubs and tournaments organised by the QFA and QSLM, and expressed his hopes that other national institutions and companies will follow the example of QNB and support community-based activities such as sports.