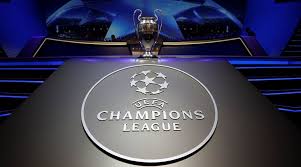 August 25 – The draw for the UEFA Champions League group stage has produced some fascinating match-ups as well as groups of wildly uneven strength.

Group H, which includes Real Madrid and Borussia Dortmund is the strongest group based on UEFA’s 2016/17 club coefficients, a fact alternately bemoaned and welcomed by Tottenham fans whose club sits in 20th place in the ranking (well behind Arsenal in 11th place – the strongest club in Europe not in the Champions League this season).

Whilst Spurs face a tough task, Liverpool and Sevilla are drawn in what is the weakest group on paper, facing trips to Spartak Moscow and Maribor.

Celtic also have an exceedingly difficult task ahead of them, drawn in Group B with European club aristocrats, Bayern Munich and Paris St Germain.

An analysis based on the UEFA club co-efficient ranking points, based on the results of clubs competing in the five previous seasons of the UEFA Champions League and UEFA Europa League, show the teams with the highest percentage of ranking points in their group include:

The teams with the lowest percentages of points in their group include: