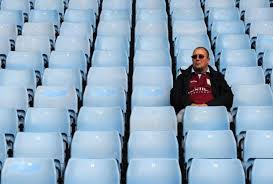 September 1 – English Championship club Aston Villa, who have geared up for a promotion push back to the Premier League after a season in the second tier, have introduced a new dedicated travel service to get season ticket holders to Villa Park.

Launching with the next home game on September 9, coaches will pick up from various locations in the Midlands to take fans to the ground, delivering them two hours before kick off. The first routes scheduled potentially cover more than 3,500 season ticket holders.

If successful the scheme could be expanded to help the journeys of more than 15,000 season ticket holders. The scheme can also be used by match ticket buyers.

The coaches are operated by Zeelo who offer smaller versions of the scheme for Spurs, Manchester City and West Ham fans.

Aston Villa say the service will improve the matchday experience and the ease of getting to and from Villa Park for home matches. The service operates across custom-made routes in order to offer the most convenient pick up points for the majority of season ticket holders and can be booked online.

Coaches will be waiting post-match to return fans to their pickup points.