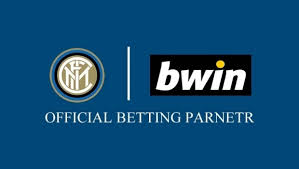 September 1 – Inter Milan’s long refusal to get entangled with betting companies is now at an end as the Chinese-owned club has signed online bookmaker bwin as its first official betting partner.

Former owner Massimo Moratti wanted the club to have nothing to do with betting companies, but those days are now long gone as the club, now controlled by Suning, has signed a three-year deal with bwin which will see live odds displayed around the pitch perimeter on LED perimeter boards during games and fans will be bombarded with odds and betting related information on the club’s website and via their mobile phones.

According to a joint announcement by the club and GVC Holdings PLC owned bwin: “The partnership marries the best of Inter’s tradition and culture with digital innovation aiming, to put fans at the heart of the experience.”

Commenting on the announcement, Michael Gandler, chief revenue officer of FC Internazionale said: “We are delighted to have reached a partnership with an international brand of bwin’s size and prestige.  Inter and bwin are united by the desire to develop and achieve at the highest levels.

“We hope this new partnership will lead us both to a future full of success and innovation. bwin will be able to leverage the developing digital and multimedia channels of the club to expand its business while delivering unique and valuable content to its customers. ”

Moreno Marasco, country lead and member of bwin Italia Board of Directors said: “We are proud to announce this partnership with FC Inter. bwin has historically always supported and sponsored those clubs that compete at the pinnacle of the international football. We consider it a privilege to have been chosen by Inter as their first partner in our product category.

“This collaboration highlights our connection to the world of sport and its values. After the first two victories of the season, we believe that this year will be special and we are extremely excited to live it alongside a team like Inter.”

Although online gambling is officially illegal in China, that obviously has not been a concern of Suning’s owners, who recently saw the share price of their company take a hit as the rationale for their investment in the loss-making Inter club was questioned on Chinese state television.