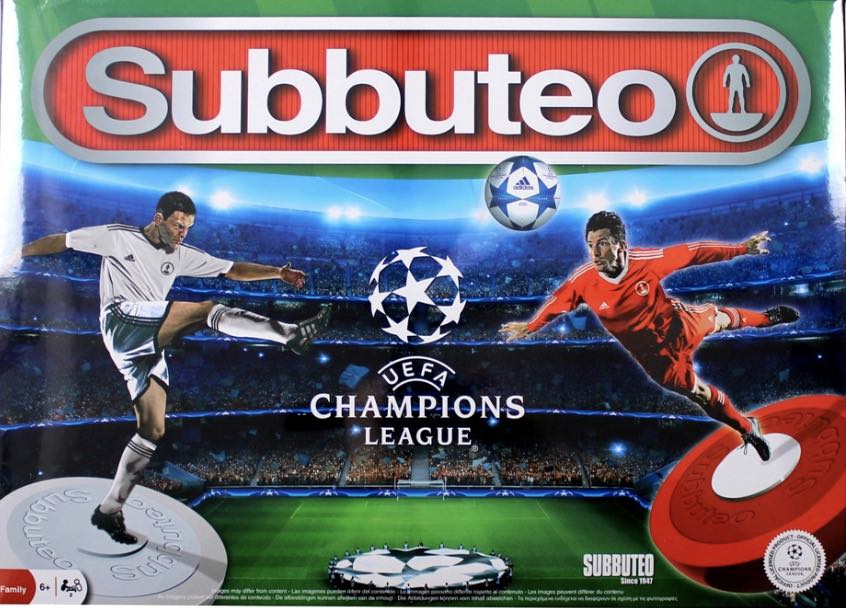 September 4 – Subbuteo is back and now with a European dimension with UEFA having licensed a Champions League edition of the table football game with Spanish owners Eleven Force. Meanwhile Subbuteo’s world body – Fédération Internationale de Sport Football de Table (FISTF) – has announced it will be staging its own 2017 European Champions League of Table Football on October 28 – 29 in Rochefort, Belgium.

The table football game where players use their fingers to flick figures to kick a ball into the opposition goal, has been a popular for more than 70 years but has undergone a resurgence in the past 12 months with a global relaunch and now the licensing of the UEFA Champions League marks.

José Guerrero of Eleven Force, manufacturers of Subbuteo said: “We are proud to celebrate the 70th birthday of Subbuteo with such a development and we are very proud of our UEFA Champions League range.”

As a game Subbuteo has grown a competitive format with leagues and international champoionships. “We are excited, and grateful to UEFA and Subbuteo for the support. We are going through a huge regrowth on a global scale, and Subbuteo’s relationship with a major football brand like the UEFA Champions League will assist with the development of the sport around the world” said Alan Collins, President of FISTF from the FISTF World Cup.

This weekend FISTF staged their world championships in Paris.this weekend.

“More and more commercial partnerships are appearing around the game and the sport,” said Collins. “We couldn’t be happier, as it will eventually see more young players rising into the ranks of our elite international competitions.”

“We are also very proud of our new video, created by Subbuteo and UEFA” he added.