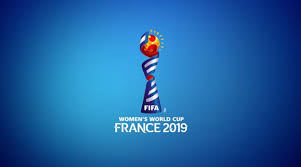 September 21 – FIFA president Gianni Infantino wants the  2019 Women’s World Cup in France to attract a billion viewers as local organisers unveiled the logo, slogan (‘Dare to Shine’) and additional scheduling details. Across Europe, qualifying got underway for the tournament with England trouncing Russia 6-0.

Canada 2015 catapulted the women’s game on to the world stage with strong attendances and a cumulative TV audience of 750 million. The United States of America defeated Japan in a spectacular final in Vancouver 5-2.

FIFA wants to further grow the women’s flagship event and with national markets worldwide increasingly taking more notice of the women’s game, Infantino, speaking alongside French FA president Noel Le Graet and French Sports Minister Laura Flessel in Paris and said that “our goal is to reach one billion in France in 2019.”

The month-long tournament will begin June 7 at Paris’ Parc des Princes and conclude with the final on July 7 at Stade de Lyon. The new home of Olympique Lyon, which will host the Europa League final this season, has a capacity of 59,186. Lyon, the heartbeat of the French women’s game, will also stage the July 2-3 semi-finals. The other host cities will be Valenciennes, Reims, Le Havre, Rennes, Grenoble, Montpellier and Nice.

All venues will be equipped with natural grass, a refreshing change from the 2015 tournament when all venues had artificial turf, causing outrage and a legal challenge from the participating teams.

As the hosts, France will gain automatic qualification to the 24-team event. The French suffered a disappointing campaign at Euro 2017, exiting in the quarter-finals against England and will seek to reach the final on home soil.  As if to make the point about increased awareness, Mark Sampson’s team kicked off their campaign live in primetime on state channel BBC, trashing Russia 6-0 to relieve some of the tension in the Lionesses’ camp following the accusations of bullying and harassment by Eniola Aluko at the address of the coach. Sampson denies any wrongdoing.

Awkwardly enough for Sampson Nikita Parris scored the opener. In celebration she ran straight to the manager, who looked quite shy about it. At the half hour England were in cruise control when Ksenia Tsybutovich was shown a second yellow card for handball, reducing Russia to ten players and ending the game as a contest. The English ran out 6-0 winners at Prenton Park to top Group 1 on goal difference from Wales.

Aluko, whose accusations have been supported by new evidence from Chelsea and England team-mate Drew Spence in recent weeks, was not impressed by England’s display of unity. She commented on Twitter that England’s celebration after the opener “only shows a level of disrespect that represents division and selfish action.”

In other results Euro 2017 runners-up Denmark trounced Hungary 1-6 as a dispute over funding had derailed their preparations and Germany secured wins against Slovenia and the Czech Republic in Group 5. Belgium annihilated Moldova with a record 12-0 win in Group 6, once more highlighting the divide in funding and quality between western and eastern European women’s football.

UEFA will send eight teams to France, with European champions Netherlands joining Germany, England, Sweden, Spain and Italy in the favorites’ role. Elsewhere the continental championships, all next year, will serve as qualifying tournaments for the World Cup. Asia has got five slots, CONCACAF three and a half, Africa three, South America two and a half and Oceania one.