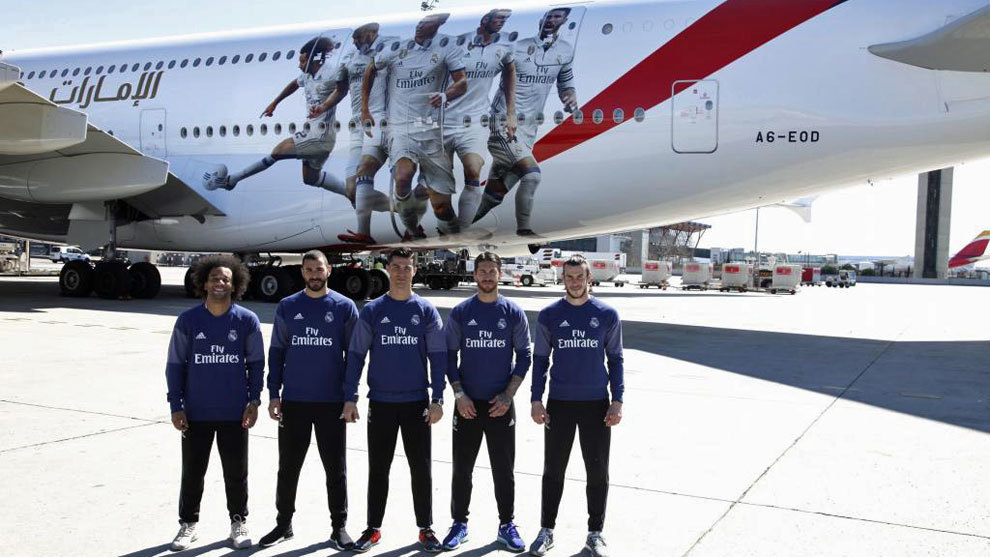 September 22- Real Madrid have renewed their shirt sponsorship deal with Dubai airline Emirates in a record value deal taking them through to the end of the 2020/21 season.

The new sponsorship is reportedly worth €70 million a year, beat Manchester United’s €62 million a season deal with Chevrolet that runs until 2021, and Barcelona’s recently signed €55 million a year deal with Barcelona.

Emirates new deal, renewed with a year still to go on the old contract, comes with a number of increased rights package including branding on four new LED advertising banners by both goal areas at the Santiagio Bernabéu stadium as well as the airline’s logo on the squad’s training kit.

For the year ended 2016/17 that saw the club win La Liga, the Champions League, the Club World Cup and the European Super Cup, record revenues of over €670 million have been announced, a 9% increase on the previous year.

Profit was about €26 million. Less than originally budgeted due to what the club said were increased bonus payments due to “sporting personnel”.