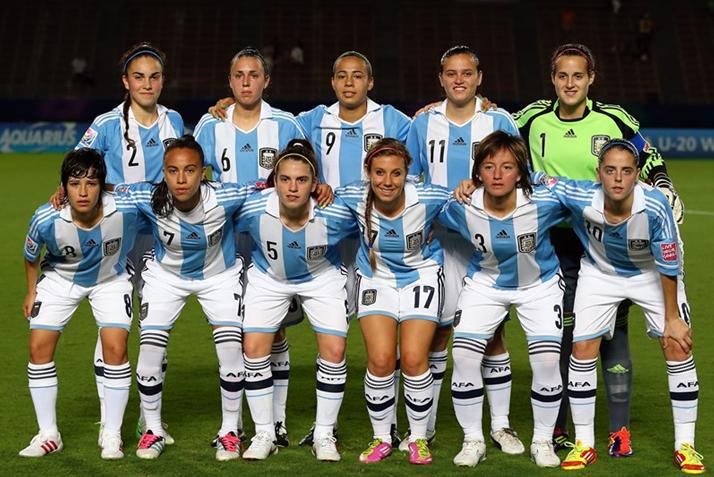 September 25 – The Argentinean national women’s team has gone on strike, citing structural problems and a lack of basic resources to properly train and play matches. The strike is an embarrassment for the newly formed AFA management team which has only recently taken control of the federation after a FIFA normalisation committee had been parachuted in to run football in the country.

A team statement said they have attempted to discuss concerns regarding lack of payment, poor training conditions and poor travel arrangements, among other things with the Argentine Football Association (AFA), but they have been ignored.

The women’s team has an amateur status and is therefore paid a meagre $8.50 (150 pesos) per training session – scarcely enough to cover any expenses. Most players have jobs outside of the game and struggle to meet the demands of playing for the national team.

“First, we want to emphasize that the stipend owed to the players who compose the preliminary roster presented by Mr. Carlos Borrello, with an eye to the Copa America, has not been paid,” a translation of the statement reads. The Women’s Copa America will be played in Chile next year. Argentina has won the championship once and been runner up three times – Brazil has won the championship all the other times.

“We have managed this situation in the best manner and with the best predisposition possible, remaining open to dialogue and attending the corresponding training sessions, but we have not received the same treatment, and thus we have been obligated to cease attending practices.

“We also demand that the training facilities be adjusted to meet the levels necessary for the preparation of a national team: we need locker rooms appropriate for the number of players who make up the roster just as we need a grass field for practice.”

The team is supposed to be back in training for the 2018 Copa America, which will take place in April, but has now gone on strike.

“Based on the damages incurred by the situations we have presently specified, and until AFA offers the means necessary to rectify them in a proper manner, we declare our decision to NOT present ourselves for the convocation realized by said entity.”