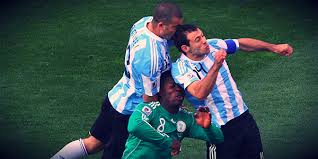 October 10 – Professional footballers and other athletes who have suffered from concussion are more likely to get depression and other problems including sleep disturbance when their playing careers end,  according to new research carried out by FIFpro.

The study showed those who had suffered “four of five concussions” were 1.5 times more likely to report mental health problems than those who had not.

“This is an important piece of research that suggests concussion might be a contributor to the mental health problems suffered by many players,” Gouttebarge said.

“We as football stakeholders – federations, clubs and player unions – need to be alert to the mental health of players, both during and after their careers.

“That means educating players about the dangers of what can be an intense and stressful career and supporting them when they need assistance.”

The former players surveyed – all men under 50 and from Finland, France, Ireland, Norway, South Africa, Spain, Sweden and Switzerland – who suffered six concussions were between two and five times more likely to report symptoms of common mental disorders than those who had no concussions.

“These findings mean that, during the first 10 years after retirement, players are seven to 11 percent more likely to report symptoms of common mental disorders for each additional career-related concussion,” the study found.

“Players who miss more than 28 days through injury are two to seven times more likely to experience symptoms of common mental disorders in the subsequent 12 months than counterparts who did not have any injuries,” FIFPro said.