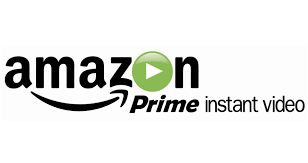 October 16 – Facebook have one, Netflix announced they are making one, and now Amazon Prime are joining the US OTT broadcast entry into fly-on-the-wall football docuseries with a Manchester City biopic.

The rush to create ‘reality’ documentary football content is a recognition of the power of big club football by the potential game changers of the global broadcast market. Facebook have launched their new Watch platform with a Real Madrid docuseries on the menu, while Netflix have hooked up with Juventus.

The moves by the US media giants point to a not uncommon strategy from broadcast’s global mega-money newbies to eat the lunch of the big paying media incumbent.

In the case of Manchester City it is UK broadcaster Sky television who sense a growing problem. Sky pay more than £4 billion for Premier League rights that includes a commitment to produce non-live programming.

Amazon have squeezed themselves a place at the Premier League table for just £10 million – roughly what Sky pays per live match.

The Man City documentary will not include match day live action and the Premier League says it has strict regulations around match day coverage to protect its rights holders. But will and can they really be strict enough?

While Amazon, Netflix, and Facebook could potentially be bidders for live Premier League rights in the next auction, it would require a change of strategy for all of them and an investment far beyond what they have been prepared to pay for sport to date. Indeed, Facebook’s strategy is based around not paying anything for live rights but offering up a potential glimpse of a bigger global audience and the revenue they might be able to earn from it.

The Man City docuseries could actually have the effect of depressing the live rights fees that can be achieved, rather than building the content value of the Premier League proposition.

If Sky are looking for a media precedent then they have a powerful example in the duopoly of Facebook and Google in the online advertising market that accounts for more than 80% of online ad revenue and an even greater degree of its manipulation. The resulting devaluation of the online ad market has led to the closure of multiple media outlets and their original content creation.

The Premier League will need to be more vigilant than ever in the safeguard of its rights, if it wants those rights to remain premium. The US corporate giants like a cheap meal – Man City could unwittingly be letting the fox into the hen coup for the feast of a lifetime.