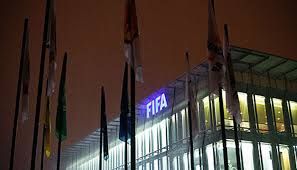 November 8 – Having promised to leave no stone unturned in ensuring a corruption-free bid process for the 2026 World Cup after the scandals of the 2018 and 2022 campaigns, FIFA has pledged to publish all votes – traditionally kept secret – by individual federations when the ballot takes place next June.

The move for an open process represents an extension of the ruling under which all FIFA members will now cast a vote instead of the decision being up to FIFA’s inner circle – previously the executive committee, now the Council.

Publishing documents covering the 2026 rules and regulations, FIFA also explained how it will require “the implementation of human rights and labour standards by the bidding member associations” – in this case favourites the United States, Canada and Mexico, and underdogs Morocco, the only two bids on the table for the first World Cup to host 48 countries.

Some might argue the new guidelines are simply a case of after the horse has bolted. Had the new format been in place for the 2018-2022 process then Qatar, given its human rights issues at the time (they have since been modified), would almost certainly have failed in its bid to stage 2022.

It could also be reasonably argued that with a two-horse race for 2026 and an odds-on favourite, the attempt at transparency represents mere window-dressing.

Among the other requirements under FIFA’s new  guidelines, bidders must provide government guarantees on visa-free travel “in a non-discriminatory manner” – a message perhaps to US president Donald Trump and his immigration policies.

It adds that a bidding nation’s government “is requested to guarantee the issuance of valid work permits unconditionally and without any restriction or discrimination of any kind” to people involved in the preparation, organization and hosting of the tournament.

Significantly given past misdemeanours, the new regulations prohibit “inappropriate gifts” as well as “any form of unethical collaboration or collusion between member associations as well as strict rules in relation to proposals for football development projects and the organisation of friendly matches.”

If such regulations had been in place for 2018-2022, a whole host of activities conducted by the various candidates could have been interpreted as wrongdoing.

FIFA has made it clear that it will retain the right to strip the winning bidder of hosting 2026 if any rules are broken.

Formal submission of the completed bids has to be made by March 16 next year, with the successful candidate announced at FIFA’s congress in June just before the start of the World Cup.