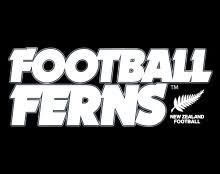 November 8 – The New Zealand Professional Footballers Association has become one of the first national governing bodies to publicly state it is looking to achieve a single collective agreement with its players, providing equal conditions for men and women.

For New Zealand this is easier to achieve than many other nations as the women (the Ferns) and men (the All Whites) already share equal benefits in terms of $80 per day for training camps, a 40% share of prize money won by the team and protection of their image rights.

New Zealand Football High Performance Manager Dwayne Woolliams said:“The prospect of a single collective agreement, providing equal terms and conditions for our men and women, is exciting and indeed a natural step from the current agreements which already provide for pay equality.

“New Zealand Football is committed to a robust bargaining process which builds on the common ground we currently have with the NZPFA and respects the confidentiality of both parties.”

The main difference a joint collective agreement would bring is the guarantee of business-class flights for European-based Football Ferns to and from international matches – an expected increase in cost of about $27,730 per year.

Former Football Fern Sarah Gregorius told Stuff: “I think it’s needed (collective agreement) because of what it symbolically represents. We actually haven’t asked them to come up with huge amounts of money in terms of player wages and central contracts. We’ve actually just asked them to elevate the Football Ferns to have the same sort of entitlements and be treated with the same respect the All Whites are.”