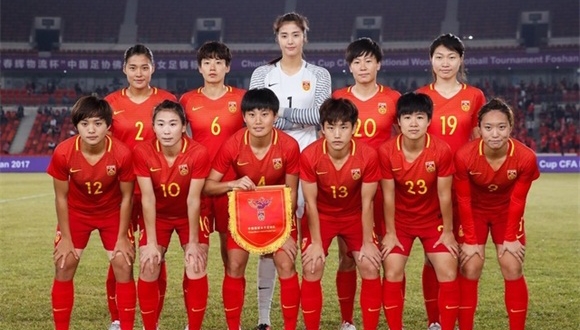 November 16 – China has moved to boost its national womens team’s competitiveness with the establishment of two teams – called the Red Team and the Yellow Team.

The teams will train independently with the Red Team expected to be the first team and play the country’s international fixtures, while the Yellow Team will be the reserves.

A statement on the Chinese FA website said that the move was part of the implementation of the 2015 General Plan of Chinese Football Reform. The two teams are expected to develop each other via a competitive environment to improve the competitiveness of the Chinese first team at international level. The 2020 Olympic Games in Tokyo are mentioned as a specific target.

China have looked to Europe and hired Icelander Sigurdur Ragnar Eyjolfsson as the head coach of the Red Team. Former national womens team captain Sun Wen will be his assistant. They will be based in Shanghai.

Pei Encai, who managed the national women’s team in 2005, will manage the Yellow Team with a coaching staff that includes Zhang Haitao, Fan Yunjie and Li Zhigao. They will be based in Beijing.

China’s national women’s team has a strong history but not so glorious recent past. The country were the first Asian women’s team to reach the final, losing on penalties to the US. They also were silver medalists at the 1996 Olympics. In 2007 they hosted the World Cup.

More recently they took third place in the AFC Asian Women’s Cup in 2014 and were kniocked out in the quarter finals of the 2015 Women’s World Cup in Canada.