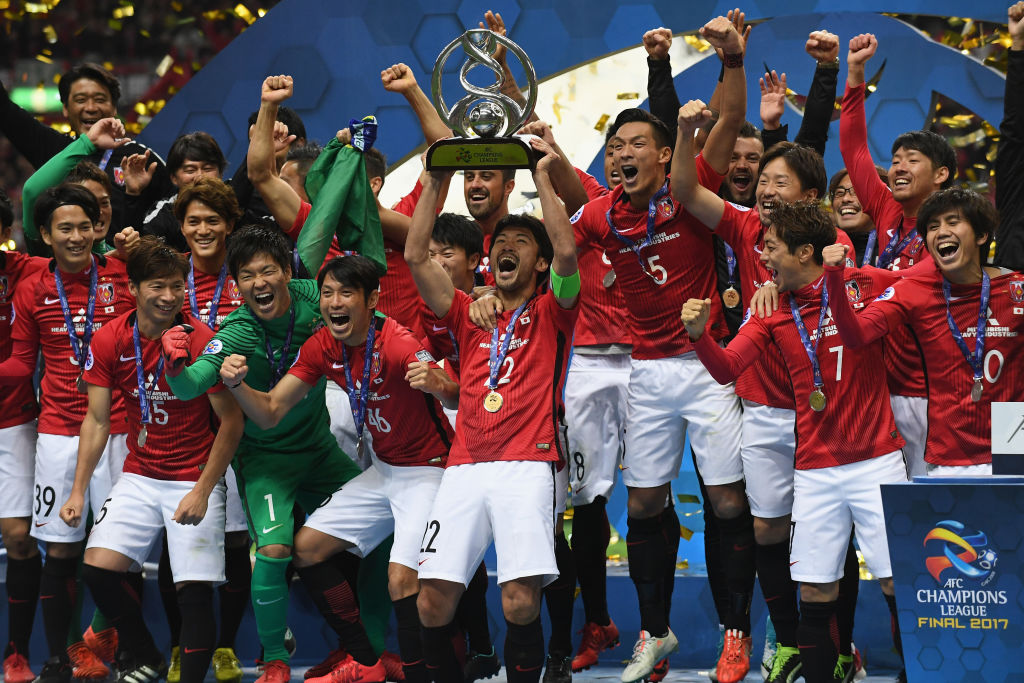 November 26 – Rafael Silva scored late on to secure Urawa Red Diamonds the AFC Champions League title on Saturday thanks to a 1-0 win over Saudi Arabia’s Al Hilal which saw the Japanese side seal a 2-1 aggregate success.

The Brazilian pounced in the 88th minute of an enthralling encounter at the Saitama Stadium to break Al Hilal hearts and help Urawa capture a second continental crown, some ten years on from their first in 2007.

“The players had a special motivation for this tournament, as did the supporters, so I think that is why we were able to do so well,” said Urawa coach Takafumi Hori who replaced previous incumbent Mihailo Petrovic ahead of the quarter-finals.

“I would also like to thank the supporters, who gave their best, but also Petrovic who built the foundations of the team, and I learned from him.”

In a first half notable for a lack of genuine goalmouth action, Al Hilal were undoubtedly the better of the two teams, and came closest to breaking the deadlock when Salem Al Dawsari fired narrowly over the bar after 25 minutes, and Uruguayan Nicolas Milesi miscued a shot from 15 yards having been expertly teed up by AFC Player of the Year nominee Omar Khribin shortly before half-time.

Silva fired agonisingly wide shortly after the break for Urawa, before, and with Al Hilal desperately searching for an away goal, Yasser Al Shahrani had a fine fizzing effort deflected just wide.

With the game beginning to open up, Al Hilal were then indebted to goalkeeper Abdullah Al Mayouf who kept the Saudi side in the game with a superb save from a powerful Shinzo Koroki header.

However, Al Dawsari’s 78th minute dismissal for a second yellow card offence signalled the beginning of the end for Al Hilal, and it duly came courtesy of Silva who collected Yuki Muto’s pass before firing the ball home to claim his ninth goal of a sensational Urawa campaign.