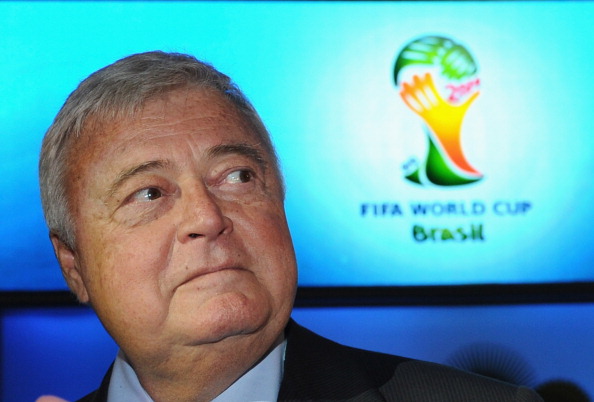 November 27 – Could former Brazilian strongman Ricardo Teixeira, one of those indicted by US justice authorities as part of the FIFAGate corruption scandal, be edging ever closer to facing justice?

According to French investigative outlet MediaPart, US and Brazilian investigators have discovered a suspicious payment of $22 million from a Qatari company to Teixeira, who was a prominent member of the FIFA old guard and one of those who voted seven years ago in the ballot that handed Russia and the Qatar the 2018 and 2022 World Cups respectively.

The payment reportedly went through a subsidiary of Crédit Mutuel-CIC and is claimed to be dated January 2011 – one month after the highly controversial vote. MediaPart alleges it was from the Qatari conglomerate Ghanim Bin Saad Al-Saad and Sons Group (CSSG)  “led by businessman Ghanim Bin Saad Al-Saad” who, it is further claimed, “is at the heart” of the latest suspicions of corruption.

According to the news site, investigators have obtained bank statements that suggest Teixeira, one of the inner circle of old-school FIFA bigwigs, held an account at Pasche Monaco which, they believe, could have been used to buy Teixeira’s vote.  Qatar’s World Cup bid team has vehemently denied any wrongdoing and has been cleared by a FIFA inquiry.

Contacted by Mediapart, Crédit Mutuel claims to have been unaware of the opening of the account by Teixeira and is quoted as saying that Pasche Monaco has “performed all necessary due diligence on the transactions” of the disputed account.

Teixeira is wanted in the United States over the $200 million corruption investigation that has snared a number of his former colleagues, three of whom are currently on trial in New York. With the plot thickening, according to Mediapart he is not the only one who may have benefitted from the latest questionable payment.

Mediapart claimed: “In early 2013, several transfers were . . . issued the same day … to individuals designated as ‘Warner Bros’, ‘Mohammed’ and ‘Leoz’.”

These seem almost certain to refer to former CONCACAF chief and FIFA vice-president Jack Warner who, like Teixeira, has so far manage to evade extradition and remains back home in Trinidad and Tobago;  Mohamed Bin Hammam, disgraced one-time president of the Asian Football Confederation; and controversial former CONMEBOL boss Nicolas Leoz who has also been indicted by U.S. prosecutors.

In July this year, it was reported that Brazilian and Spanish federal prosecutors had begun exchanging information about suspected corruption by Teixeira, described in his homeland as the man of a thousand contacts.

Teixeira rarely appears in public these days and stays in Brazil for fear of being arrested. Once one of the most powerful individuals in world football who was head of the Brazil 2014 World Cup organising committee, Teixeira famously resigned from all his footballing roles in March 2012, citing ill-health. But long before that he was being investigated for various alleged crimes, including tax evasion and money laundering.

He was also heavily implicated in the infamous ISL scandal with the Swiss prosecutor’s report revealing that, during his 18-year tenure on FIFA’s executive committee, he and his one-time father-in-law, ex-FIFA President Joao Havelange, took more than $41 million in bribes in connection with the award of World Cup marketing rights.