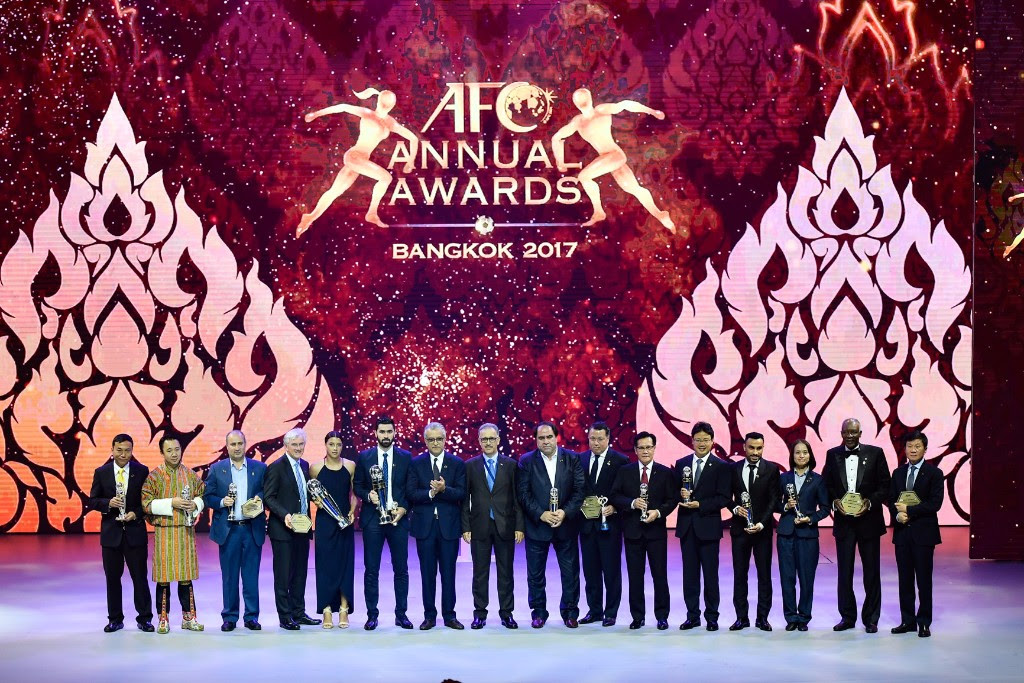 November 29 – Omar Khribin and Samantha Kerr have been named this year’s Asian Football Confederation (AFC) Players of the Year in the men’s and women’s categories.  Click here to watch the Awards highlights.

The two winners were revealed at a glitzy ceremony in Bangkok, Thailand on Wednesday after both enjoyed a stellar 12 months for their respective clubs and countries.

Khribin, who edged out fellow nominees Omar Abdulrahman from the United Arab Emirates and rising Chinese star Wu Lei, landed the award following a superb season during which he scored goals aplenty for Saudi Arabian giants Al Hilal and Syria.