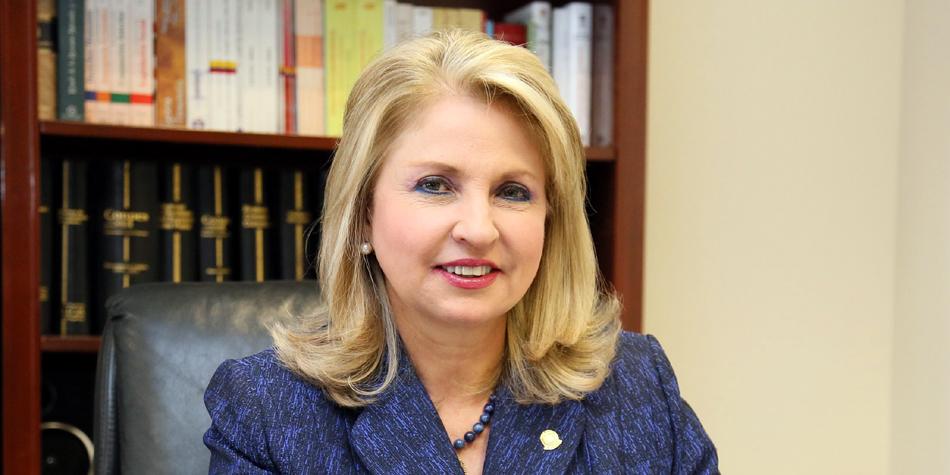 December 13 – The integrity of FIFA Ethics head of its investigation unit, Colombian María Claudia Rojas (pictured), has fallen again into the spotlight with proof emerging that despite previous denials, she did have a close relationship with former president of the Colombian Football Federation, Luis Bedoya, who has pleaded guilty in the US FIFAgate case and is currently awaiting sentencing.

He has also been banned for life from football by FIFA.

At the weekend Rojas denied that she was friends with Bedoya following the release of an explosive report by former Council of Europe Parliamentary Assembly (PACE)  president Anne Brasseur that questioned the appointment Rojas.  Brasseur’s report said the Colombian “does not really meet the profile of a prosecutor”, and questioned her friendship with Bedoya.

Rojas said that she was not friends with Bedoya and FIFA issued a statement that Rojas and all other appointed candidates for their independent committees and judicial bodies “were chosen because they are recognized, high-profile experts in their respective fields.”

However, media outlet El Tiempo, has discovered a letter that Rojas (in her capacity as a state magistrate in Colomobia) sent to her colleagues recusing herself from a case involving the Colombian FA because of her “friendship” with Bedoya.

In her letter Rojas cited Article 150 of the Code of Procedure, where one of the grounds for recusal is “an intimate friendship between the judge and one of the parties, their representative or attorney”.

Rojas told El Tiempo: “I’m not friends with Luis Bedoya. I met him in 2009 during a cocktail party organised by the then magistrate Rafael Lafont, and then we met at other social events. At that time he was a respectable man.”

So her argument appears to be that while, by her own admission, she was on a social circuit in Colombia that included Bedoya (and it was a relationship that was strong enough for her to be asked to be recused from a case), in FIFA’s world that relationship has no bearing.

An interesting take on a situation in which the truth, according to FIFA ethics’ head of investigations herself, appears to have a somewhat flexible interpretation. An allegation frequently made about FIFA’s Ethics new processes generally and which further throws FIFA’s damaged, compromised and no longer independent process into further credibility chaos.

The revelations come two days after the Brooklyn Court judge presiding over the FIFAgate case questioned the links and “friends” in Zurich (FIFA’s headquarters) over the FIFA-supported and unfettered leadership by Marco Polo del Nero of the Brazilian FA. Del Nero’s name has repeatedly come up in the case for soliciting and receiving bribes for marketing rights.