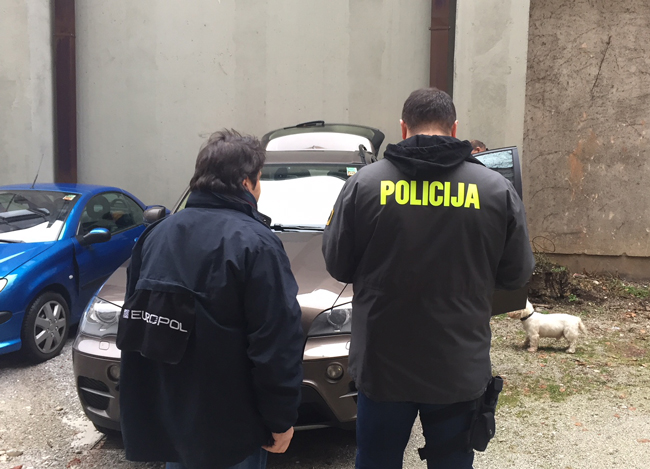 Those arrested are accused of organised crime, sports corruption and illegal betting. The charges include multiple counts of fixing professional matches in Serbia, the Czech Republic and Romania.

Slovenian media is reporting that one of those arrested is 43-year-old Dino Lalić, supposedly a member of the criminal ‘gypsy clan’ gang. A former professional goalkeeper who played for several Slovenian clubs, Lalić has been convicted of match-fixing previously but earned a lesser sentence after co-operating with police.

The arrests came after the police had tracked the gang via a number of illegal web betting platforms used to place large bets with Asian bookmakers. Most bets, according to a Europol report, were being placed on the final result of matches.

Using the illegal betting platforms members of the group transferred money through various virtual currency exchanges, including Skrill and Paysafe. Money won via the bets was transferred to an internet bank and then on to different off-shore shell companies.

“The ring developed synergies with other top criminal groups in different countries in order to invest money gained from other serious crimes, including drug trafficking,” said Europol.

As well as the arrests the police seized 35 computers and IT devices, 32 mobile phones, €19,650 in cash, 38,500 of counterfeit euro banknotes and two vehicles.

Investigators first began tracking the crime ring last March, with the Slovenian taking the lead, supported by Europol’s analytical resources and neighbouring police forces. Europol stressed the need for cross-border co-operation in what is becoming a more sophisticated criminal activity.

“This international investigation has shown the level of sophistication reached by certain criminal networks involved in sports corruption which use new modus operandi to generate large illegal profits and invest money also coming from other serious crimes. International police cooperation is fundamental to disrupt such criminal networks.

Darko Majhenič, Director of National Bureau of Investigations of the Slovenian Police said: “Slovenian Police is committed to pursue corruption in sport and Illegal betting in the region. Cooperation among Europol member countries and support of Europol have helped our skilled investigators to handle the workload. Investigators all over Europe will benefit from evidence gathered today.”