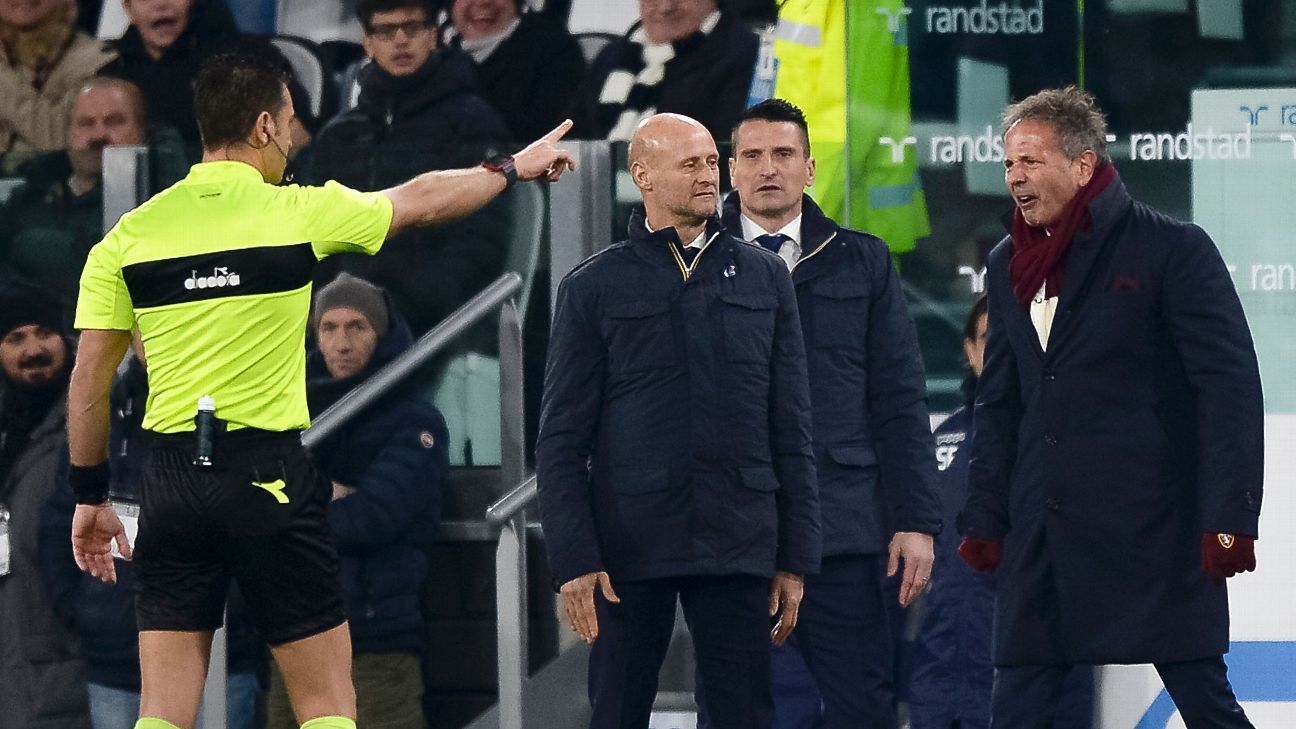 January 4 – Here we go again. Juventus reached the Coppa Italia semi-finals on Wednesday with a 2-0 win over neighbours Torino who were incensed at yet another example of video technology seemingly going wrong.

Just as football’s lawmakers prepare to meet in Zurich to discuss whether to give the green light for video assistant referees to become law, so Torino coach Sinisa Mihajlovic (pictured) was sent off for angrily protesting a VAR decision which confirmed Juve’s second goal.

Mihajlovic has subsequently been sacked by the club, making history as the first manager to be fired after a controversial VAR decision

Torino claimed that Juventus midfielder Sami Khedira fouled Afriyie Acquah as he won possession to set up the move which ended with Mario Mandzukic scoring in the 67th minute.

Torino’s players persuaded the referee to consult the replay system but were furious when, having studied the pitchside monitor, the official refused to change his mind.

VARs are being trialled in several European countries but hardly a week goes by without some kind of controversy over their effectiveness and whether they are in fact counter-productive.

The argument runs both ways, however. In Scotland, where VARs are not being used, Neil Lennon, head coach of Hibernian, claimed last week that failure to employ video footage was making a mockery of the game after his team was denied a clear winner in the Edinburgh derby.