January 18 – The social media profiles of Europe’s top clubs are spawning a whole new growth area and fan base for Europe’s biggest clubs, but none are getting close to the dominance of Real Madrid, Barcelona and Manchester United who between them now connected with a staggering 391 million people on Twitter and Facebook.

The report charts the following of the top 20 clubs on Twitter and Facebook and measures them alongside their most popular player. The finding is that often the clubs have as big a social following as their star player, particularly on Twitter.

If the giant three dominate in the club world, they are in turn dominated by the social media presence of Cristiano Ronaldo, hehas more Twitter followers than Real Madrid and FC Barcelona combined (65.3 million) and more fans on Facebook than any of Europe’s top-division clubs (122 million).

Club website stats are also a measure of global presence and opportunity, and this data is also recognised in the UEFA report focusses on the number of visitors to sitesin September, where these visitors accessed the websites from and how.

22 European club websites attracted more than one million visitors in September. Once again Real Madrid and Manchester United had the highest number of visitors.

The clubs with the highest web traffic saw high volume from overseas markets. In that respect Barcelona are way ahead with just 8.9% of visitors in Spain and the rest from overseas, 9.5% of them in the US.

The report points out that in contrast Turkish giants Fenerbahçe and Galatasaray attracted only 4 to 5% of their website visitors from foreign markets. 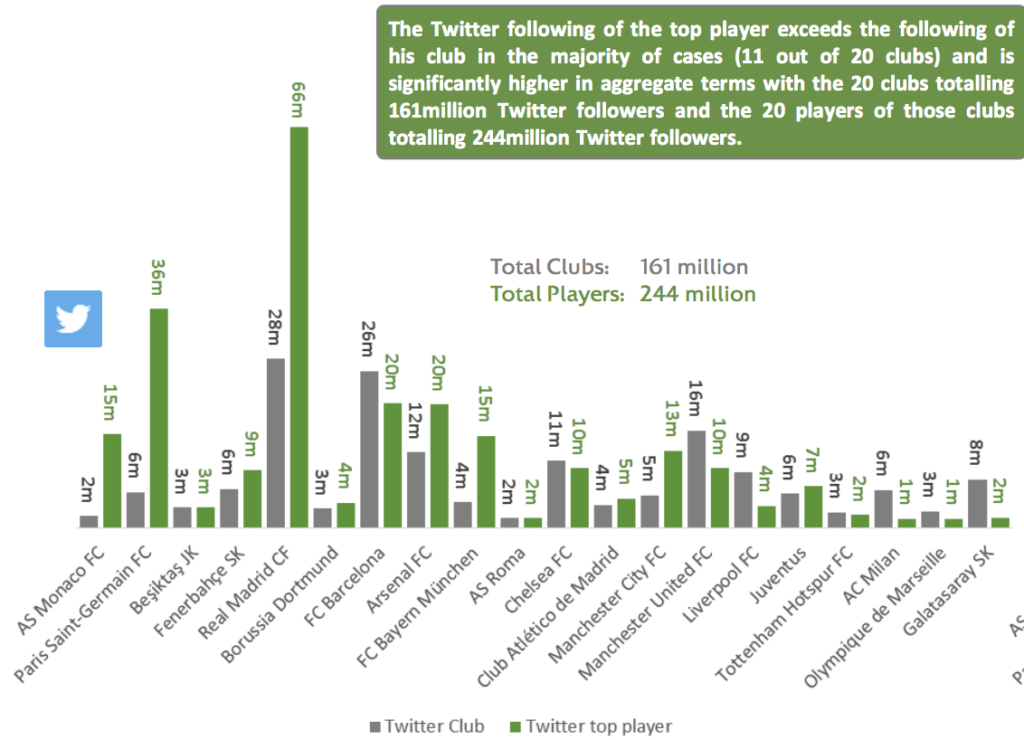 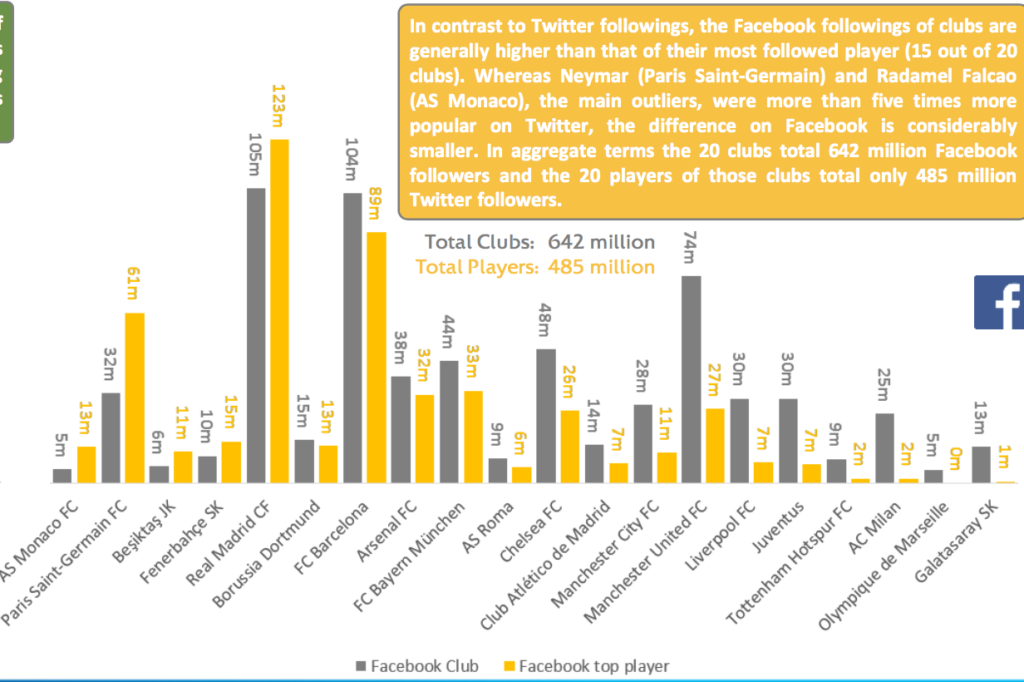 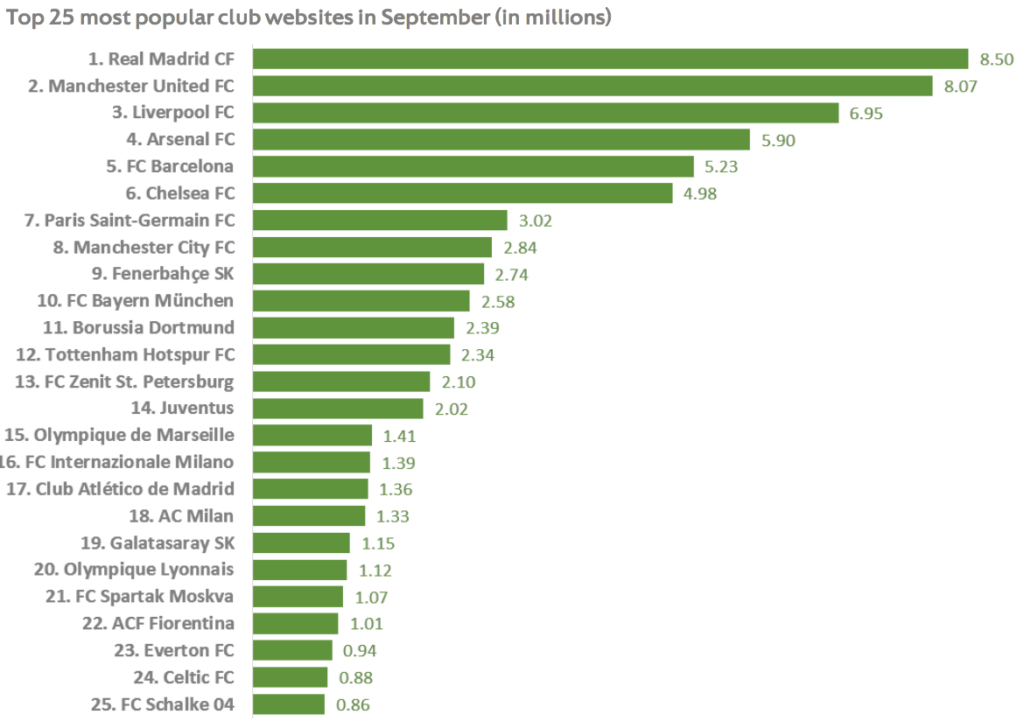