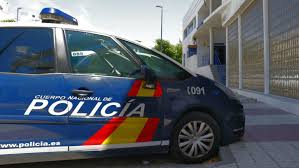 February 20 – The scourge of matchfixing has reared its ugly head in Spain yet again with a spate of arrests relating to alleged rigging in the country’s lower leagues.

Authorities said more than 20 people have been detained as part of the operation although no names were immediately disclosed. Raids were carried out in the cities of Jerez and Badajoz in south-west Spain, Albacete in central Spain, and Barcelona in the north-east, local reports said.

The matches under suspicion were in the third and fourth tiers this season and last and reportedly involved wagering on Chinese betting sites. The inquiries focussed on players forcing situations such as corners or penalties which betting ring members could then bet on during matches.

In April 2017, Spanish police arrested the coach of third-tier side Eldense along with two players, another coach and a member of the group of Italian investors who had taken a majority shareholding in the club in late 2016.

They were suspected of throwing a game against Barcelona B, which they lost 12-0. All five were released on bail after being charged, and Eldense cancelled the contract of the Italian investors.

At the time, La Liga president Javier Tebas admitted that game was “not the only match we are investigating in the Second Division B and Third Division”.

Last week, Spanish prosecutors reopened a case against 41 individuals, including 36 players, over alleged matchfixing relating to a top-flight survival decider between Levante and Real Zaragoza in the final round of the 2010-11 season.

In December 2017 Insideworldfootball exclusively reported on a disturbing level of betting-related fixed matches in Spain’s lower tiers. Sources gave Insideworldfootball detail of more than 10 matches in the January to December 2017 period. The matches all took place in the third and fourth tiers of the Spanish leagues which globally account for an estimated betting market of about €580 million per season. See that story at http://www.insideworldfootball.com/2017/12/22/exclusive-spanish-turn-blind-eye-match-fixing-rips-lower-leagues/