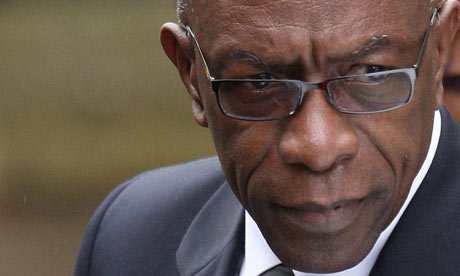 February 20 – Jack Warner, the most wanted man of all among powerbrokers snared by US authorities in the $200 million FIFAGate corruption scandal, has again managed to thwart extradition by having committal proceedings against him put on hold – for another nine months.

Warner is still waiting for a date to appeal against the dismissal of his last procedural challenge that had seemingly opened up the route for him to be transferred to the US.

On Monday Justice of Appeal Mark Mohammed granted a further stay of execution until Warner’s appeal is heard in November.

Warner claims the procedures adopted by the Trinidad and Tobago attorney general in agreeing his extradition (under a treaty agreed with the US) in 2015 contradicted the Extradition (Commonwealth and Foreign Territories) Act passed by parliament. He claimed that the act gave Trinidad and Tobago citizens certain protections which are ignored by the international treaty.

Warner has not left his homeland since the original arrests of FIFA officials by the US Department of Justice in May 2015 that brought FIFA to its knees. While others have faced trial in the United States, Warner, the former long-time president of CONCACAF, has managed to slip through every legal loop as he sought a judicial review of the extradition process.