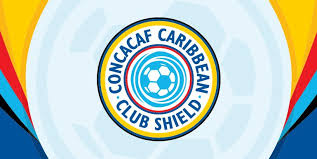 February 21 – The Dominican Republic will host the inaugural edition of the CONCACAF Caribbean Club Shield this April 13-21. The 12-team championship provides a pathway for the region’s smaller football nations towards the newly formed 2018 Scotiabank CONCACAF League.

The winner of the Caribbean Club Shield will play the fourth placed team in the 2018 Caribbean Club Championship in a playoff match for qualification place.

Talking about the upcoming Caribbean Club Shield tournament, CONCACAF president Victor Montagliani said: “It was of the utmost importance to find the right stage for this developmental tournament, and provide a great environment to these 12 champion clubs to experience international football.”

The 12 clubs are all from different Caribbean islands and are all working their way towards professional status. The competition group stage will comprise three groups of four with the three group winners, and the best second-place finisher advancing to the semifinals.

The Caribbean Club Championship, the next level of club competition in CONCACAF’s regional club structure (the Caribbean Football Union has now seemingly been driven out of existence by its dominating regional confederation after the removal of its former president Gordon Derrick from Antigua) is now underway with eight professional clubs from, says CONCACAF, “the four club leagues in the Caribbean with the highest professional standards – the Dominican Republic, Haiti, Jamaica and Trinidad & Tobago.”

The Caribbean has 31 member nations, 25 of whom are full voting members at FIFA. 16 of the Caribbean nations have clubs competing in CONCACAF championships.