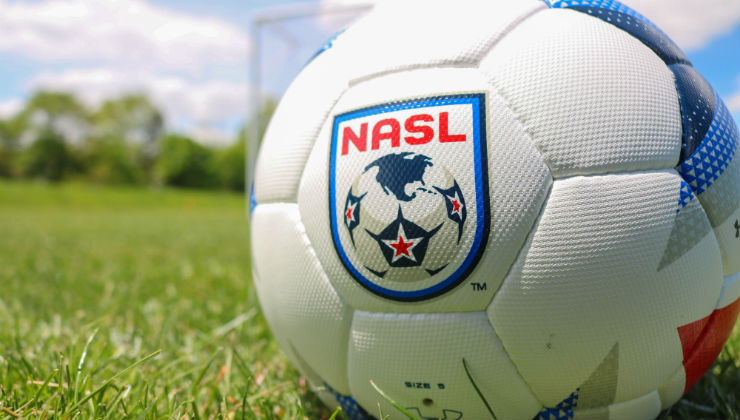 February 26 – The already precarious future of the North American Soccer League (NASL) now looks even more uncertain after the US Court of Appeals for the 2nd Circuit denied the NASL’s appeal to obtain a preliminary injunction that would have reinstated its status as a Division 2 league for the 2018 season.

The NASL was stripped of its Division 2 status by the US Soccer Federation last September, leaving the USL as the country’s sole second division league. The USSF said the NASL did not met its Professional League Standards (PLS) for a second-tier league.

One of the key criteria are a minimum number of teams. The NASL, which includes perhaps one of the most iconic football club brands of all time in the New York Cosmos, currently has just six teams registered.

The league had already announced that it was switching its season to follow the international calendar year – the first US league to do so – with a planned 2018-19 season kick off scheduled for August 11, though the league said this was pending the appeal court ruling.

The league has not made an official statement since Friday’s ruling.

The NASL, which had been granted Division II status in previous years, but only on a provisional basis for 2017 alleged in its antitrust suit against the USSF alleges that the league standards are anticompetitive, create a barrier to competition and protect the MLS by effectively preventing the NASL from competing with it directly.

The NASL said its “complaint alleges that Defendants – motivated by conflicts of interest and economic considerations which infect the operation of the Board – breached their fiduciary duties to the NASL. Most notably, Defendants arbitrarily refused to sanction the NASL as a Division II league for the 2018 season to protect controlling Board members’ self-interested positions in Major League Soccer (MLS) and its for-profit marketing conglomerate, Soccer United Marketing LLC (SUM).”

The NASL statement, made when the complaint was filed, said: “Defendants have enriched MLS while wasting USSF assets and freezing out MLS competitors, like the NASL. In particular, Defendants (Sunil) Gulati (then USSF president) and Don Garber (MLS Commissioner) have dominated Board operations to advance MLS interests while enhancing their own clout and influence.”

Gulati has now stood down as USSF president, being replaced by Carlos Cordeiro, who was also named as a defendant in the NASL complaint. The NASL had pointed out Cordeiro’s comment that the “unique ownership of SUM (the marketing arm of MLS) creates conflicts that need to be addressed.”

Cordeiro was not the favoured presidential candidate of the MLS (they put their backing behind SUM president Kathy Carrter), but how far he will want to address this issue at this early stage of his presidency remains to be seen. The NASL may in ultimately end up going away with its clubs either disbanding or joining other leagues, but the issue probably will not.