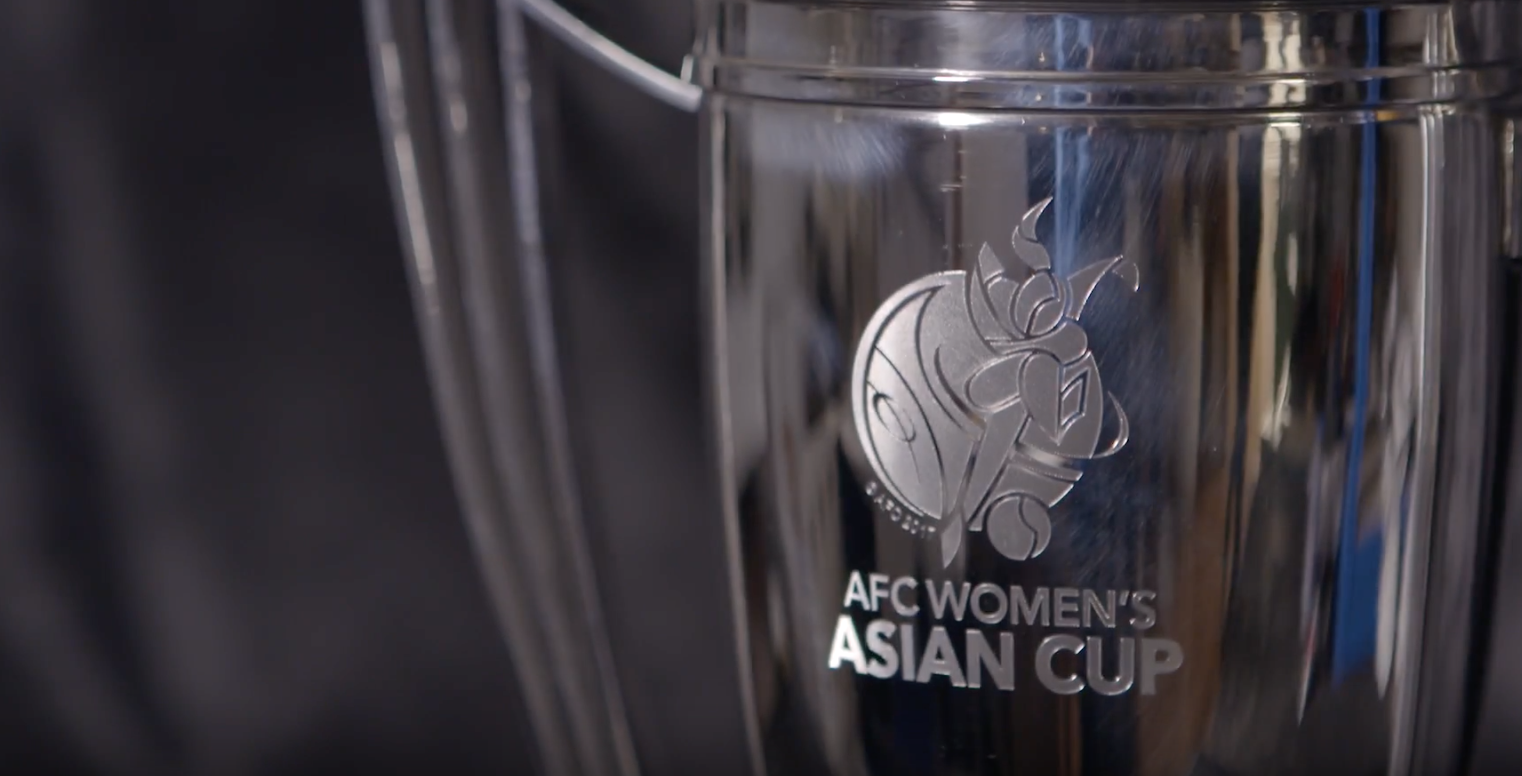 March 20 – Final preparations for the AFC Women’s Asian Cup Jordan 2018 are under way with the AFC unveiling a brand-new trophy which will be lifted at the final in Amman on April 20.

The trophy was revealed at a ceremony in Kuala Lumpur, Malaysia, by the Asian Football Confederation president Shaikh Salman bin Ebrahim Al Khalifa and Farah Al-Badarneh, the Tournament Director of the Local Organising Committee Jordan 2018.

The eight-team tournament, in its 19th edition, kicks off April 6. Serving as the final stage Asian qualifier for the 2019 Women’s World Cup, the top five teams will qualify for the final tournament in France.
The new Asian Women’s Cup trophy is made by silversmiths Thomas Lyte of London and, according to an AFC press release, “embodies the spirit of the competition”. Standing 52.5cm tall, it has been crafted from 5.5 kilograms of Hallmarked Sterling Silver bullion.

Tim Munton, commercial director of Thomas Lyte, said: “We were thrilled to create a new trophy for the AFC Women’s Asian Cup. At such an important time for the women’s game you can see the significance of this trophy beyond sport.”

Now the battle is on to see who will lift it. Reigning champions Japan face Australia, South Korea and Vietnam in the group stages.

Hosts Jordan face China, Thailand and the Philippines. The top two from each group will go through to the semi-finals while the third-placed teams in each group will play off for fifth place and the final World Cup qualifying slot.