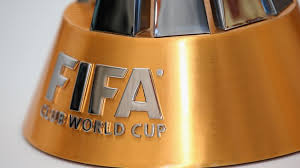 “For two years we have been talking about a Club World Cup with 24 teams, more inclusive and with more respect for the international calendar, with fewer games,” Infantino told reporters at the South American Football Confederation (CONMEBOL) annual conference.

“We have studied it, we have spoken to the (FIFA decision-making) Council. We want to do something that people like… there are companies that are interested and that is a good sign that there is interest.

“The question is not if we have to do a more significant Club World Cub but rather why it hasn’t been done until now. It’s time to do it.”

The proposal for the Club World Cup would be for a competition every four years rather than the annual seven-team competition currently.

Infantino veered away from talking about the wider $25 billion proposal for 49% ownership of a global club and national team competition he had pitched FIFA’ss Council meeting in Bogota, Colombia, two weeks ago and again to the European Club Association a week later.

That proposal emanates from Middle Eastern and Asian money and with financing appearing to be led by Japan’s SoftBank, according to a Financial Times report.

Infantino met with immediate resistance from both FIFA Council and Europe’s clubs, mainly for his inability to flesh out detail of the proposal, which he said he was unable to do beciase he had signed a non-disclosure.

But in Infantino’s game the goalposts move fast and frequently. The latest request from CONMEBOL to bring forward the 48-team World Cup structure to 2022 rather than wait for 2026 could signify a change of strategy and a face-saving opportunity for Infantino (in light of initial reaction to his $25 billion buyout plan), who stands for re-election to the FIFA presidency next year.