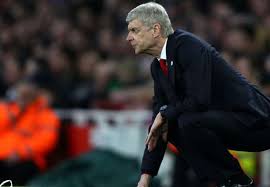 April 20 – When he arrived a generation ago, the cry went up “Arsene Who?” Three league titles, seven FA Cup trophies – including two league and cup “doubles” – and 22 years later, Arsene Wenger, the longest-serving manager in the Premier league, is finally calling it a day at the end of the season.

The question is, did he jump or he was he pushed?

Anyone who follows the English game cannot fail to have become aware of the pressure Wenger has been under over the past few seasons.

After regularly qualifying for the Champions League, the club’s stock fell dramatically and last season they finished outside the top four for the first time since Wenger arrived at the club.

They are set to do so again with their hopes of reaching the Champions League resting on winning the Europa League. And to make matters worse, they have been overtaken domestically by bitter north London rivals Tottenham.

Even more tellingly, perhaps, Wenger has always said he would never break a contract. Yet with one year left on his current deal, he is being replaced having taken charge of a record 823 games.

Sunday’s defeat at Newcastle was Arsenal’s 11th in the league this season, equalling their worst tally in a campaign under Wenger  and a far cry from the famous Invincibles team of the 2003–04 season.

“After careful consideration and following discussions with the club, I feel it is the right time for me to step down at the end of the season,” said Wenger in a typically gracious statement.

“I am grateful for having had the privilege to serve the club for so many memorable years. I managed the club with full commitment and integrity.

“I want to thank the staff, the players, the Directors and the fans who make this club so special. I urge our fans to stand behind the team to finish on a high. To all the Arsenal lovers take care of the values of the club.”

It is preserving those very values that have split the fan base down the middle. In their heyday under Wenger, Arsenal played the kind of free-flowing football that has probably only been surpassed by Manchester City this season.

But in recent years they have at times been been flaky and disorganised with some of his players accused of caring more about their pay packets and egos than the team ethic.

Majority shareholder Stan Kroenke described the announcement as “one of the most difficult days we have ever had in all our years in sport”.

“One of the main reasons we got involved with Arsenal was because of what Arsene has brought to the club on and off the pitch. His longevity and consistency over such a sustained period at the highest level of the game will never be matched.”

Kroenke praised Wenger’s “exceptional record”, adding that he “transformed the identity of our club and of English football with his vision for how the game can be played”.

“Without question, the announcement that Arsene Wenger will finally stand down at the end of this season is the right decision, both for the club and the manager, although, having been so long coming, it feels surreal that the day has finally arrived,” she said in a statement.

“The problems associated with his tenure in recent years are well documented and now that the announcement has been made, there is nothing to be gained by going over old ground.

“Arsene Wenger was, for a period of time, a fantastic manager for Arsenal. The Invincibles epitomise what he brought to the Club and, to that extent, his legacy will continue.

“We have seen with Manchester City this season how difficult it is to go a league campaign undefeated. The 2003/2004 season in particular will forever be a source of pride and achievement.”

As the rumour mill begins to roll about who might step into Wenger’s shoes, several names have been put forward from former Arsenal players like Patrick Vieira and Mikel Arteta to experienced heads like Carlo Ancelotti and Massimiliano Allegri.

Wenger had been expected to handpick his successor but all could be revealed later today at a press conference called by Arsenal chief executive Ivan Gazidis.

As to what Wenger himself might do, a return home could prove tempting with Paris St Germain likely to dispense with coach Unai Emery. At 68, he could go into retirement but that seems unlikely given his unrivalled passion and appetite for the game and remarkable international knowledge.