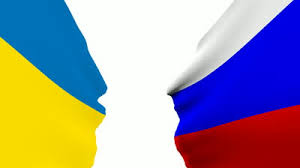 April 24 – In a major geo-political snub to neighbouring Russia, Ukraine’s football federation (FFU) has announced it is boycotting the FIFA Congress in Moscow in June.

The FFU says it will not send its representatives to the June 13 summit. According to a post by the FFU’s official website, the decision was made Tuesday at an executive committee meeting.

FIFA has the power to sanction Ukraine for not turning up and to avoid this, the FFU say they will send their charge d’Affaires of Ukraine in Moscow, Ruslan Nimchinsky, instead.

It was not immediately clear whether that will be acceptable to FIFA or whether Ukraine will be able to vote in the 2026 World Cup ballot.