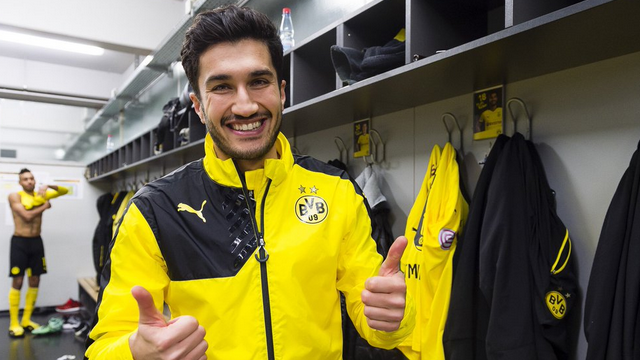 May 1 – Nuri Şahin has struck a blow for footballer-intellectuals, gaining admittance to the uber-prestigious Harvard Business School in the United States.

The Borussia Dortmund midfielder, who has won over 50 international caps for Turkey, himself made the disclosure, telling his 1.4 million followers on the Twitter social media platform: “I’m pleased to inform you that I’ve been admitted to @HarvardHBS!

“Super excited about the programme and delighted to meet legendary @anitaelberse #LifeatHBS.”

Elberse is an expert on the business of entertainment, media and sport, known for the book, ‘Blockbusters’. She in turn tweeted back to the former Real Madrid and Liverpool man, “I can’t wait to welcome you to @HarvardHBS!”

Şahin is expected to combine his studies with turning out for his Ruhr-based club, who currently lie third in the Bundesliga, albeit a mammoth 26 points behind runaway champions Bayern Munich.

The 29-year-old joins a relatively sparse tradition of elite footballer/brain-boxes. Examples include Steve Heighway, the Liverpool winger of the 1970s, who possesses a 2:1 in economics and politics from the University of Warwick, and Sócrates, the majestic Brazil midfielder, who studied and practiced medicine.

Then again, who needs a degree with the earnings top footballers command nowadays.

Pity the HBS soccer club’s local rivals in, say, the Yale Cup if Şahin can be coaxed into making the occasional appearance.