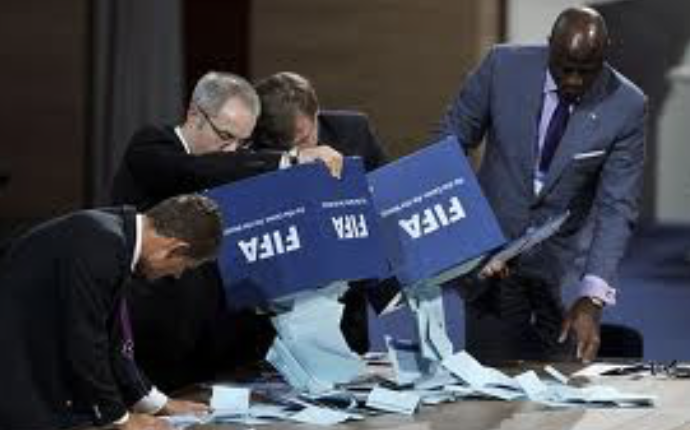 The moment Morocco entered the bidding for the 2026 World Cup, you kind of knew it wouldn’t be a straightforward affair. But few surely imagined it would become quite as bitter and bizarre as this.

If Donald Trump’s tweets weren’t crazy enough, taking the American bid leaders totally by surprise and prompting FIFA to issue a reminder about their ethics guidelines (though they wouldn’t dare take action against Big Brother, now would they?), even by FIFA standards of behind-the-scenes machinations the last week or so has been distinctly unsavoury. In fact, you couldn’t make it up.

Morocco’s persistent protestations about alleged foul play from within the FIFA administration may be partly an attempt to reduce the arrears and avoid the ignominy of a record fifth failure to land the biggest prize in football.

Morocco are on the back foot and can perhaps be accused of over-sensitivity but ask yourself this. Are the United States, Canada and Mexico passionate footballing nations in the true sense of the word compared with the north Africans? Perhaps Mexico is but they’ve already staged the World Cup. Twice in fact. The other two? At best the jury is out.

History shows, of course, that the World Cup doesn’t necessarily go to the most deserving of hosts in terms of pedigree. Qatar is testament to that. Good old footballing traditions have long given way to commercial realities.

But the debate over the current campaign runs deeper than that. Far deeper. Following the corruption-plagued campaigns of 2018 and 2022 (which, incidentally, still rumble on and have not yet reached their potentially dramatic denouement), it was hoped that the race for 2026 would represent a refreshing break with the past. That’s why the vote was opened to all FIFA members. That’s why the rules were tightened up.

Yet there are serious questions to be answered in terms of influence being wielded by FIFA’s top brass if Gianni infantino’s regime really want the public at large to believe the process has been fair and clean.

What we do know, or at least glean from unconfirmed reports, is that the FIFA president favours the joint United 2026 bid. It’s payback time, the narrative goes, from 2016 when then US football supremo Sunil Gulati worked the room to ensure Infantino was elected.

The deeper one probes, the murkier it gets. But one thing stands out above everything else. If, as FIFA would have us believe, Infantino has taken no part in the bid process, why has there been no action taken against whoever tried to dish the dirt over Morocco and the tenuous claim that one of its bid ambassadors, former Senegalese international El Hadji Diouf, had a family link with FIFA’s number two Fatma Samoura.

If the complaint had merit and the complainant had properly done his research, fine. But it appears the whole episode represented the mother of own goals, illustrated by the fact that Samoura, who described the allegations as “totally ridiculous and baseless” has apparently been told she has no case to answer.

Diouf is just as incandescent. “I want to deny all the false allegations that there is a pseudo relationship between FIFA Secretary General Fatma Samoura and myself,” he was quoted as saying.  “I cannot accept these types of rumour (that are) without any foundation. Madame Samoura is a compatriot for whom I have a lot of admiration. I consider her a big sister. We both share the same passion.”

It is the interpretation of the word sister which is understood to be at the heart of the complaint about an alleged family relationship between the pair. Whoever was responsible for making the claims against Samoura is believed to have done so after hearing Diouf refer to her as “sister”, a somewhat spurious leap to what has now been identified as an erroneous conclusion.

It is imperative for FIFA’s credibility that we are told who launched the complaint in the first place and what was the motivation behind it. Why? Because whoever was responsible for such an ill-thought-out process should be forced to carry the can for creating a false impression. FIFA’s code of ethics is very clear. Filing false accusations is a serious violation.

Will they be applied in this case? Probably not. Not if the person concerned (and fingers are pointing in one specific direction) is a strong ally of Infantino.

Since the sudden removal of FIFA’s former governance chiefs  last year, which Infantino tried to explain away in  geographical  and gender diversity terms, FIFA’s ethics operation has shown a distinct lack of teeth in terms of presenting itself an entirely independent entity. Sure, officials accused of wrongdoing are still being taken to task but only those whose conduct does not impact on the current FIFA hierarchy. Taking action against those responsible for the current debacle certainly would.

The reality, perhaps, is that no-one high up in FIFA saw Morocco coming. Nor did most of us for that matter. Don’t forget that a year ago, the United 2026 team hoped to be fast-tracked into being awarded the tournament.

The next stage in the proceedings is the eagerly awaited publication of the evaluation panel’s recommendations. Has Morocco done enough to convince the experts to give it a chance to upset the odds on June 13? And if it has, will it have done enough to narrow the gap?

As we await the answers (which most likely will be “yes” and “no”), Infantino appears to be working behind the scenes to get re-elected next year.  Just as the United States once again staging the World Cup (or most of it) would give him a strong re-election platform, so no doubt will his decision to increase the World Cup from 32 to 48 teams. And so might too his ambitious plans to change the face of world football with two brand new competitions that would provide FIFA’s federations with a load more dosh. Indeed, elsewhere on InsideWorldFootball today, former UEFA number two Lars-Christer Olsson, now in charge of the umbrella body for European Leagues, accuses Infantino of blatant electioneering tactics.

All of which impacts on the 2026 bid process. Holding the World Cup in the US, Canada and Mexico will generate far more money than in Morocco and probably entice any sponsors who may be having second thoughts about jumping on board after all the corruption scandals.

But it’s the way the process is seemingly being conducted that is particularly alarming in terms of lack of transparency, honesty and openness. And there may well be more to come.