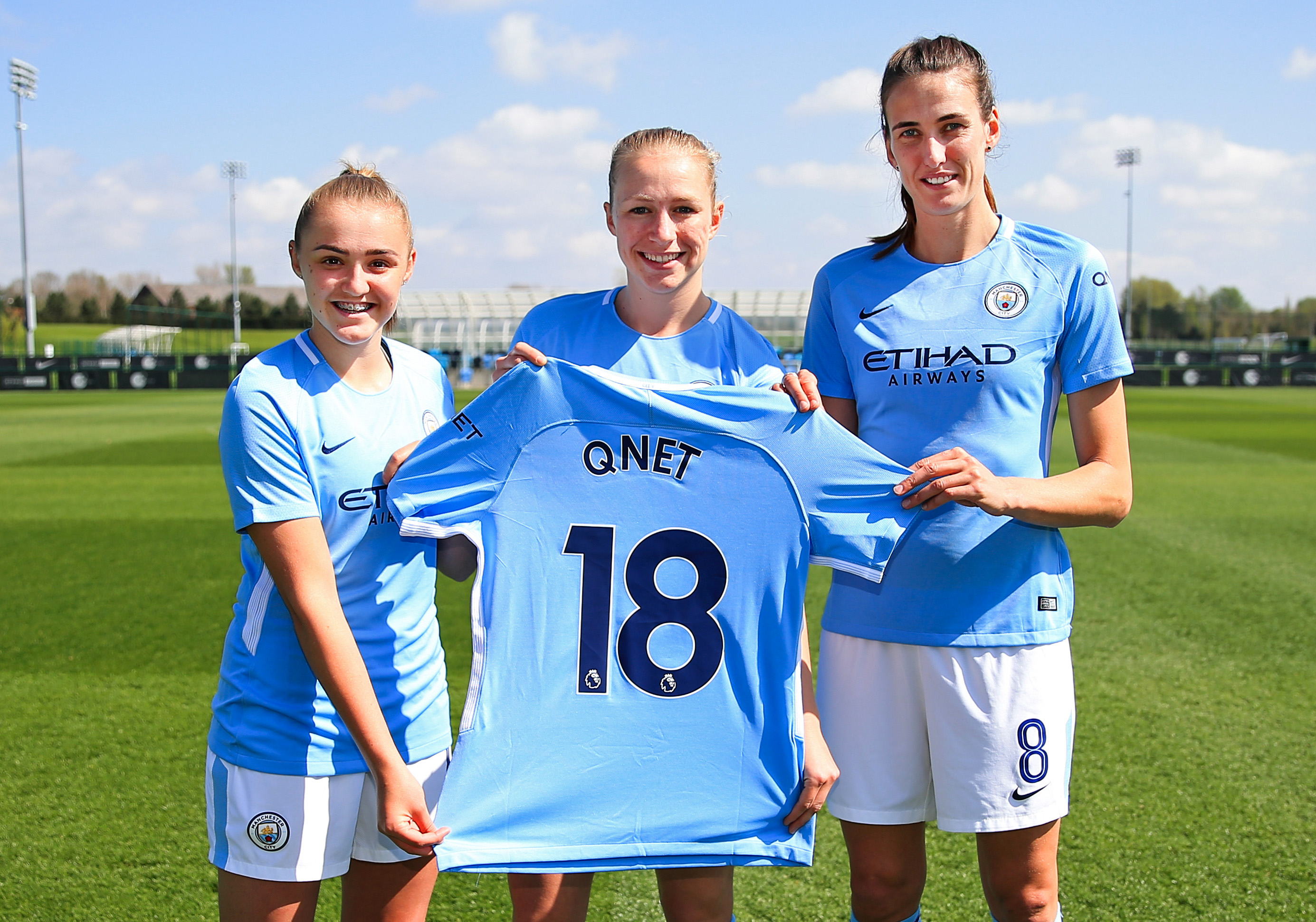 May 9 – Manchester City Women have become the first team in the Women’s Super League to sign a sleeve sponsor with Asian firm QNET taking the branding position and becoming the official direct selling partner of the women’s team.

QNET is already the Official Direct Selling Partner of the men’s team in a deal that runs until 2020. QNET is part of the QI group owned by Malaysian entrepreneur Vijay Eswaran, selling a range of different products from independent distributors in more than 100 countries via its e-commerce platform. The company has offices and agencies in 25 countries worldwide, and more than 50 stockists.

As part of the women’s sponsorship QNET will feature in bespoke Manchester City women’s player content developed throughout the 2018/19 FA WSL season. This will feature alongside a series of co-branded fan content, a match day LED presence, exclusive fan competitions and bespoke digital activations with players.

Trevor Kuna, chief executive officer, QNET, said: “QNET has been empowering entrepreneurs for 20 years now, and we have a strong female salesforce. We are truly proud to be teaming up with Manchester City in the female sports sponsorship arena as the first-ever sleeve sponsor of a FA Women’s Super League 1 team. This is a major step for us, and it sends a strong signal that QNET is committed to empowering women across the globe.”

“Manchester City’s values resonate with our own, and we were particularly inspired by their Same City, Same Passion campaign launched earlier this year. We too believe the skills, determination and passion are the same for both men and women regardless of whether it’s in football or direct sales,” said Kuna.