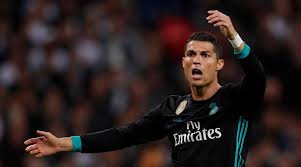 June 15 – On the day Portugal opened their World Cup campaign in Russia against Spain, their superstar player Cristiano Ronaldo has accepted a suspended prison sentence to settle his tax fraud case, and agreed to pay £16.4 million to the Spanish tax authorities.

His two-year jail sentence will not see him serve time behind bars as it is his first offense. A repeat offense would see him serve prison time.

Ronaldo was accused of hiding income of more than €150 million from the Spanish tax office. His prosecution related to offences between 2011 and 2014.

As part of the deal with the Spanish authorities, Ronaldo’s agent Jorge Mendes, business partner Luis Correla and lawyer Carlos Osorio will not be charged in connection with any crime assisting Ronaldo in evading tax.

Ronaldo is the latest of a string of Spanish footballers to be prosecuted by Spain’s tax authorities and found guilty. Lionel Messi was found guilty of similar offences last year. The cases relate to earnings from image rights that have been taken outside of Spain, and income generated from playing outside of Spain but which was never declared to the tax collectors.

Having pleaded guilty to the offences in May he offered €14 million to settle the case but that was rejected. The Spanish demanded he pay the complete sum up front, but an agreement has been reached to pay just €5.7 million (£5 million) with the rest being paid in fines and interest until it reaches €18.8 million.

Last season Ronaldo said that he felt persecuted by the Spanish authorities and not valued for his contribution to Spain. He threatened to Real Madrid, and may still do so in the current transfer window.

Tonight he has the opportunity to exact some vengeance against the Spanish doing what he does best on the pitch, in what is a crucial World Cup group match. Both teams are expected to qualify from their group but the winner will likely have the easier draw in the next rounds of the tournament. Ronaldo may yet have the final word.