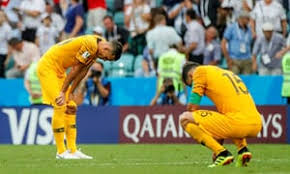 July 3 – Football Federation Australia (FFA), locked in a battle over money and control with its senior professional clubs, is coming under fire from its grassroots after a decision to raise registration fees for amateur and youth players.

FFA chief executive David Gallop said in a letter to A-League clubs, seen by the Australian newspaper: “FFA will generate additional revenue from grassroots participants by way of an increase to the National Registration Fee (NRF) applicable to participants for the first time since 2013. The additional NRF income will primarily be directed towards programs for the junior national teams (under 17s and under 19s) and the Matildas.”

The raise in fees comes after the Australians failed to reach the knock-out stages of the World Cup in Russia which would have earned the FFA A$5.5 million ($4.06 million) in prize money on top of the A$10 million ($7 million) received for participation.

The Australian reports that the federation will only breakeven from its World Cup appearance after paying players A$300,000 ($221,000) each and taking into account the team’s pre-tournament training base in Turkey, accommodation and charter flights for VIPs.

Local associations are critical of the price hike with one local FA chief calling it a “participation tax”.