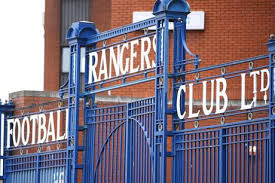 July 5 – The increasingly bitter feud between the chairman of Glasgow giants Rangers Dave King and the club’s so-called Takeover Panel has escalated, with King facing possible contempt of court proceedings for failing to comply with a judge-ordered £11 million bid for the club’s shares.

The Rangers chief has been told he is in breach of takeover rules by failing to make the bid and the Takeover Panel has now served him with contempt of court papers in South Africa where he lives.

It came after the group originally decided that a formal takeover should have been triggered after the Three Bears group led by King secured more than 30% of the voting rights in Rangers.

In February this year, he was ordered to make the payment and a month later it was revealed a company called Laird Investments (Proprietary) Limited would do so. It was said Laird was a South African-based company owned by a trust which King and his family are beneficiaries.

Rangers Football Club declined to make a statement. A club insider was reported as telling the Scottish media that King was “bewildered by the ruling and has made it abundantly clear the funds are there to make the offer but because there is the insistence that the money be placed in the UK and because Mr King is a South African resident, there are exchange laws which must be observed.”

In March, the Takeover Appeal Board upheld rulings that King acted in concert with Letham, Taylor and Park to acquire more than 30% of the voting rights in Rangers and “in consequence had incurred an obligation under the Takeover Code to make a mandatory offer at a price of 20 pence per Rangers share for all of the Rangers shares not already held by Mr King and members of his concert party.

“The Takeover Appeal Board directed that Mr King should announce an offer pursuant to Rule 9 of the Takeover Code by 12 April 2017.” On April 13 the Takeover Panel initiated proceedings in the Court of Session, Edinburgh under section 955 of the Companies Act 2006 seeking an order requiring King to comply with these rulings.