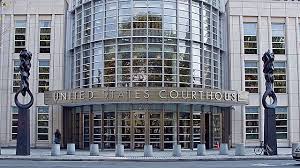 July 11 – As the World Cup reaches its climax in Russia, the FifaGate scandal has reared its head again with The Imagina Group, parent of Spanish broadcaster MediaPro, agreeing to pay $24 million after its US-based affiliate US Imagina pleaded guilty to charges of corruption.

Imagina, previously known as MediaWorld, is one of more than 40 entities and individuals charged by U.S. prosecutors in connection with the sprawling probe that began three years ago.

At a hearing in New York before US District Judge Pamela Chen on Tuesday, US Imagina LLC general counsel Erika Lucas said that beginning around 2008, the company bribed officials of the national federations of Costa Rica, El Salvador, Guatemala and Honduras and of the Caribbean Football Union (CFU).

She said the company paid the bribes to secure media and marketing rights to qualifying matches for the 2014, 2018 and 2022 World Cups.

Lucas also said that in 2012, Roger Huguet, a US Imagina executive, entered into an agreement with sports marketing company Traffic Group to split the cost of a bribe to Jeffrey Webb, then president of Concacaf and the most high-profile of all those snared in the ongoing investigation. Webb, once touted as a future FIFA president, is still awaiting trial.

“Today’s guilty plea is a clear demonstration of [our] continued commitment to dismantling the corruption that has plagued the world of international soccer,” said IRS agent R Damon Rowe.

Chen ordered the company to pay a criminal fine of about $12.9 million, pay restitution to the federations and CFU totaling about $6.6 million and to forfeit about $5.3 million in criminal proceeds.

The fine will be paid by the Spanish parent company, which has entered into an agreement to avoid prosecution, according to the office of U.S. Attorney Richard Donoghue.

In announcing the agreement, Imagina affirmed its “extensive cooperation” with the DOJ.

“Imagina is committed to the highest ethical standards and strict compliance with the laws of all jurisdictions in which it operates,” the company said. “Since learning of these issues more than two and a half years ago, Imagina has taken significant steps to address this isolated misconduct as well as to strengthen and improve compliance and oversight across its global operations.”

“This resolution, which comes after Imagina’s extensive cooperation with the U.S. Justice Department’s investigation of the matter, enables Imagina to move forward as a stronger company,” a statement added.

A statement from the US Department of Justice on the guilty plea and non-prosecution agreement indicated that the US investigation into corrupt football federations, marketing agents and individuals is not over.

Outlining that the investigation is being led by the U.S. Attorney’s Office for the Eastern District of New York, the FBI New York Field Office, and the IRS CI Los Angeles Field Office, the statement said: “The prosecutors in Brooklyn are receiving considerable assistance from attorneys in various parts of the Justice Department’s Criminal Division in Washington, D.C., including the Office of International Affairs, the Organized Crime and Gang Section, the Money Laundering and Asset Recovery Section, and the Fraud Section, as well as from INTERPOL Washington.

“The government’s case is being handled by the Office’s FIFA Task Force and the Business and Securities Fraud Section.  Assistant United States Attorneys Paul Tuchmann, David Pitluck, Samuel P. Nitze and Brian D. Morris of the Eastern District of New York are in charge of the prosecution.

“The government’s investigation is ongoing.”