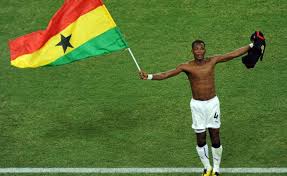 July 25 – A High Court in Accra has  granted an application filed by the government seeking to allow the Registrar General to take over the assets of the Ghanaian FA, pending liquidation.

The Court also granted an injunction application by Gloria Akuffo, the Attorney General and Minister of Justice, to restrain executives of the Ghana Football Association from working in an official capacity.

Banned by FIFA, Nyantakyi resigned from all his posts – Ghana Football Association president, first president of CAF and FIFA council member – following a television documentary in which he was seen apparently accepting a gift of $65,000 from an undercover reporter.

The Criminal Investigations Department (CID) of the Ghana Police Service is currently investigating Nyantakyi while the head office of the GFA has been designated a crime scene.

Following talks with FIFA, both sides have appointed a liaison team to try and find a way forward. As part pf those restructure efforts, ex-Black Stars international Nii Lamptey says former players should be considered in any new management.

“It is time those helping to restructure the game consider the old players in the process. Imagine people like Abedi Pele, Anthony Yeboah, Tony Baffoe and many others managing our football,” he told Agoo TV.

Lamptey also indicated that he wasn’t surprised about the recent exposé which also cited a raft of allegedly corrupt officials. “In Ghana sometimes the referees are the ones that determine the results on the field not the players,” he said.